Amitabh Bachchan is all scheduled to appear in Ajay Devgn's movie Dey. Ajay Devgn is also set to make his directorial debut with this movie. The film is slated to release on April 29, 2022 on the occasion of Eid next year. May Day has been renamed as Runway 34. Amitabh Bachchan shared the poster of the movie on social media. According to media reports, amitabh bachchan captioned the photo as 'Mede is now runway 34. Tie the box of your chair and sit tightly. The runway based on true events is scheduled to land on 34th April, 2022. Apart from Amitabh Bachchan, the movie will feature Ajay Devgn, Caryminati, Boman Irani and Rakulpreet Singh in lead roles.

The film is based on the incident: According to reports, Ajay Devgn's movie is inspired by the 2015 incident of Jet Airways' Doha-Kochi flight. On Tuesday, August 18, 2015, 141 passengers and 8 crew members were riding in flight 9W 555 in the morning. The flight could not land due to poor visibility in Kochi. The plane had to be taken back to Trivandrum. After three failed attempts, the aircraft was grounded at Trivandrum airport with only 250 kg of fuel. 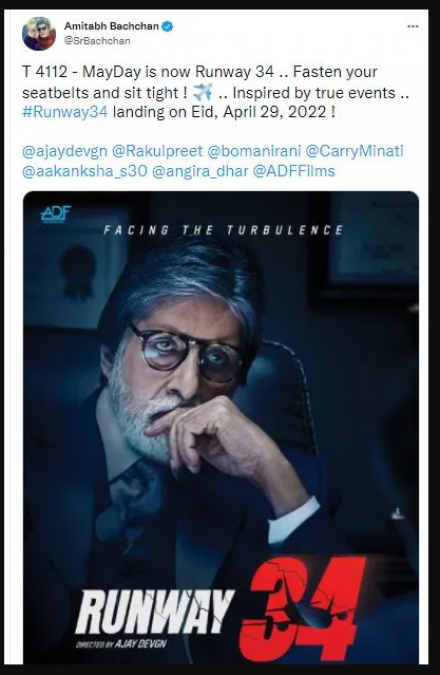 Role of pilot: Reports say that Ajay Devgn will be seen playing the role of a pilot. While Rakul Preet Singh will also be seen playing the role of a female pilot, popular YouTuber Ajay Nagar aka Caryminati is also set to make his debut with the movie. Let us tell you that Ajay Devgn and Amitabh Bachchan had earlier appeared together in the movie Satyagraha.  In addition, the two worked in Major Saheb Movie in the 90s. Amitabh Bachchan also appeared in Ranbir Kapoor and Alia Bhatt's Brahmastra. 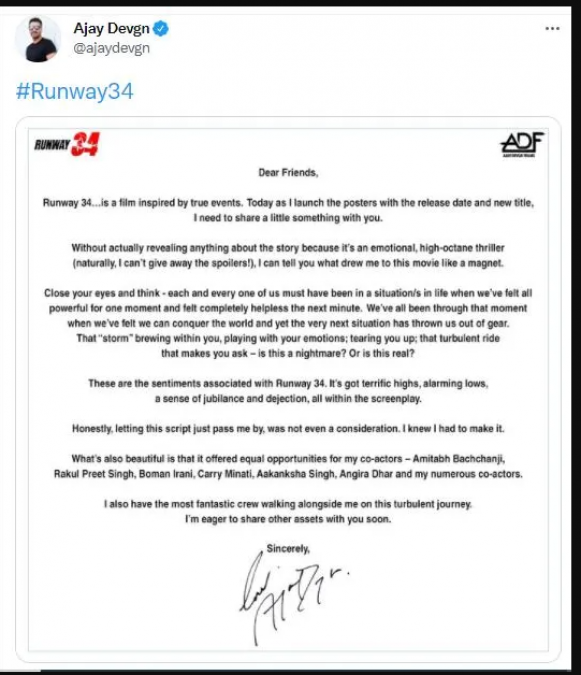