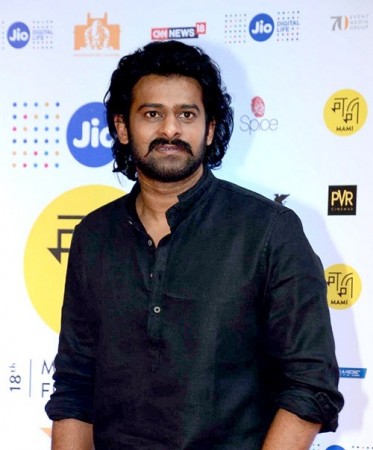 Indian superstar Prabhas is busy these days with director Prashanth Neel's upcoming movie Salaar. The shooting of this movie is going on in full swing these days. After the bumper success of both the series of KGF, now the fans are also eagerly waiting for this upcoming movie of Prabhas starrer director Prashanth Neel. That is why even the smallest thing related to the movie is engaged in headline discussions within minutes. Now getting to hear a tremendous news about this film After this, there is also a lot of excitement among the crazy fans of the movie.

In fact, recently, while shooting for the film, a look of Prabhas has been leaked. Some of his pictures have gone viral on social media. In this photo, Prabhas is seen talking to his assistant. In the photos that have come out, Prabhas is seen in a perfectly raw and tough look. Check out the first look of superstar Prabhas' movie leaked from the sets of Salar here.

Prashanth Neel is busy in these films: According to Medissa reports, Kannada superstar Yash starrer after the success of both the series of movie KGF, now the director Prabhas starrer is busy with his movie Salaar. After completing this movie, director Prashanth Neel is going to launch Jr NTR starrer NTR 31. It is being told that both these films are going to be seen making the world of Prashanth Neel's film KGFI big.