Jaipur:On Tuesday, a sensational case from Rajasthan's Bundi city was heard. The corpse of the missing pregnant lady was discovered in ruins beneath an 84-pillar umbrella when she was out of the house for treatment. The finding of the woman's body caused a stir across the neighbourhood. Animals have defiled the woman's body in several locations. Police went to the scene, seized the woman's corpse, and sent her to a hospital for a postmortem. The woman's murder is being investigated by police. SP According to Jai Yadav, a woman's body was discovered about 8 a.m. in the Devpura neighbourhood. The corpse has been brought into custody, and the investigation into the matter has begun. Only once the post mortem report is out can anything be stated about the situation. The victim had been dead for roughly 12 hours.

Passers-by suspected blood on the dogs' mouths: it's also been reported that persons who went for a stroll early in the morning heard dogs barking near the ruins, and that several canines were coated in blood on their mouths. Passers-by approached when they felt something was wrong and discovered a woman's body. After that, there was a throng, and someone called the cops.

Kannu alias Kanku Banjara, the deceased woman, was identified by police. The woman was 6 months pregnant, according to her relatives. She left for therapy at 11 p.m. on Monday and did not return until the evening. Family members said they searched for the woman but were unable to locate her. The family members have filed a murder complaint against the woman. In the meantime, the woman's family has accused the husband of beating her. The spouse allegedly planned to transfer her to his house under the guise of being in the hospital. The woman was married for the second time. 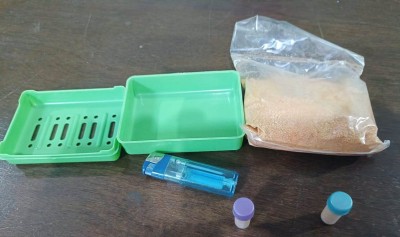