New Delhi: A criminal lodged in Tihar jail in Delhi swallowed a mobile phone. A few days later she started to have stomach ache. He was then admitted to GB Pant Hospital, where he was stunned when doctors performed his endoscopy. However, the mobile has been removed from the prisoner's stomach after the operation. The condition of the prisoner is stable at the moment.

In fact, there was checking in Tihar jail a few days ago. In the meantime, a prisoner swallowed the mobile phone to hide it. A few days after the incident, the prisoner began to have abdominal pain. The jail administration then admitted him to GB Pant Hospital. When the prisoner underwent a medical test, a mobile phone appeared in his stomach, GB Pant's doctor Siddharth arose that the mobile phone was buttoned, after a surgery on January 15, we took out the phone, the patient is completely fine. Dr Siddharth averred that after coming to the hospital he came to know that the patient had swallowed the phone, so he immediately understood the whole majra.

Gb Pant's medical team then performed an endoscopy of the patient. Through the camera in the endoscopy, he saw the phone's place and then pulled the phone out of the body by gently pulling it with a separate pipe. The keypad phone was a little more than six and a half but a little less than seven inches long. 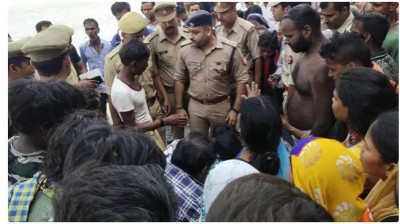