Priyanka Gandhi detained by police while going to Lakhimpur Kheri, Know why Lakhimpur Kheri: Political crisis has also started after the uproar in Lakhimpur Kheri in Uttar Pradesh. Meanwhile, it has now been reported that Congress Party National General Secretary Priyanka Gandhi Vadra has been taken into custody in the early hours of Monday morning. Priyanka Vadra had earlier arrived in Lucknow late on Sunday night. Shortly thereafter, Priyanka left for Lakhimpur Kheri.

However, Priyanka has been taken into custody by the UP police from Hargaon in Sitapur on Monday. She and some other Congress leaders also clashed with the police while going to Lakhimpur. According to media reports, Priyanka was also house arrested earlier, but somehow she finally left home and left for Lakhimpur Kheri in her car after walking some distance.

It is also reported that several other leaders including Akhilesh Yadav and Jayant Chaudhary are also scheduled to leave for Lakhimpur on Monday morning. However, SP chief Akhilesh Yadav was earlier house arrested. According to reports, the police are said to be not allowing most of the leaders to go to Lakhimpur Kheri at the moment until the situation improves.

What happened in Lakhimpur Kheri :-

The ongoing farmers' protest in Lakhimpur Kheri had turned violent on Sunday. During the demonstration, 8 people were killed and about 15 injured in arson and firing. Opposition to agricultural laws turned violent when unidentified men opened fire on farmers. Angry farmers also set fire to three cars as some protesters were hit by vehicles.

Kothagudem: Agency Police Department once again won the hearts of the people

Prices For Petrol, Diesel is Unchanged On Monday

Disclaimer : The views, opinions, positions or strategies expressed by the authors and those providing comments are theirs alone, and do not necessarily reflect the views, opinions, positions or strategies of NTIPL, english.newstracklive.com or any employee thereof. NTIPL makes no representations as to accuracy, completeness, correctness, suitability, or validity of any information on this site and will not be liable for any errors, omissions, or delays in this information or any losses, injuries, or damages arising from its display or use.
NTIPL reserves the right to delete, edit, or alter in any manner it sees fit comments that it, in its sole discretion, deems to be obscene, offensive, defamatory, threatening, in violation of trademark, copyright or other laws, or is otherwise unacceptable.
PRIYANKA GANDHI VADRA PRIYANKA GANDHI LAKHIMPUR KHERI AKHILESH YADAV KISAN ANDOLAN UP POLICE FARMER PROTEST
Share
Facebook
Twitter
Pinterest
WhatsApp
Koo 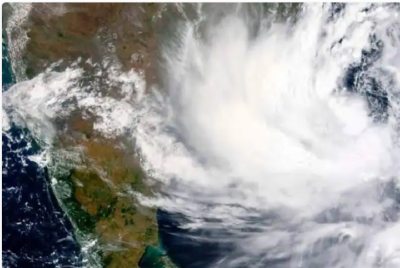