Priyanka to start shooting for 'The Sky is Pink' Aisha Chaudhary is counted amongst the most renowned authors of the country. The life of the author of some really beautiful novels like My Little Epiphanies, is being planned to be brought on the celluloid.

The makers of the movie have roped in Zaira Wasim to play the character of the real life hero, Aisha Chaudhary. Well, the big news is that the makers are trying to approach Priyanka Chopra to play Aisha's mother, Aditi Chaudhary, a mental healthcare worker.

The film has been titled, 'The Sky Is Pink' and would be directed by Shonali Bose.

Also, reports confirm that tjhe makers of the movie have tried to rope in Farhan Akhtar to essay the role of Aisha's Father, Niren Chaudhary who was a a president with South Asia operations of YUM brand, by professional. 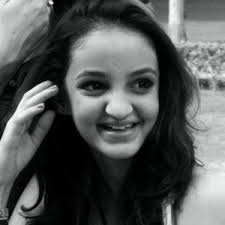 To inform you, Aisha Chaudhary suffered from an Immuno Deficiency disorder and had to undergo a bone marrow transplant at a tender age of 13. Well, Aisha could not survive for long and passed away at the age of 19.

Aisha was also a motivational speaker and and encouraged people to be optimistic towards whatever life offered.

Reports suggest, soon after Priyanka landed on the Mumbai Airport, she joined Zaira and Shonali for the prepations of the movie.

The ladies would soon be joined by Farhan Akhtar who currently is in Europe, to shoot a music video.
Also read:

Jahnvi is a "goofball": Ishaan Khatter