Priyanka will be seen in the film 'The Sky Is Pink'! 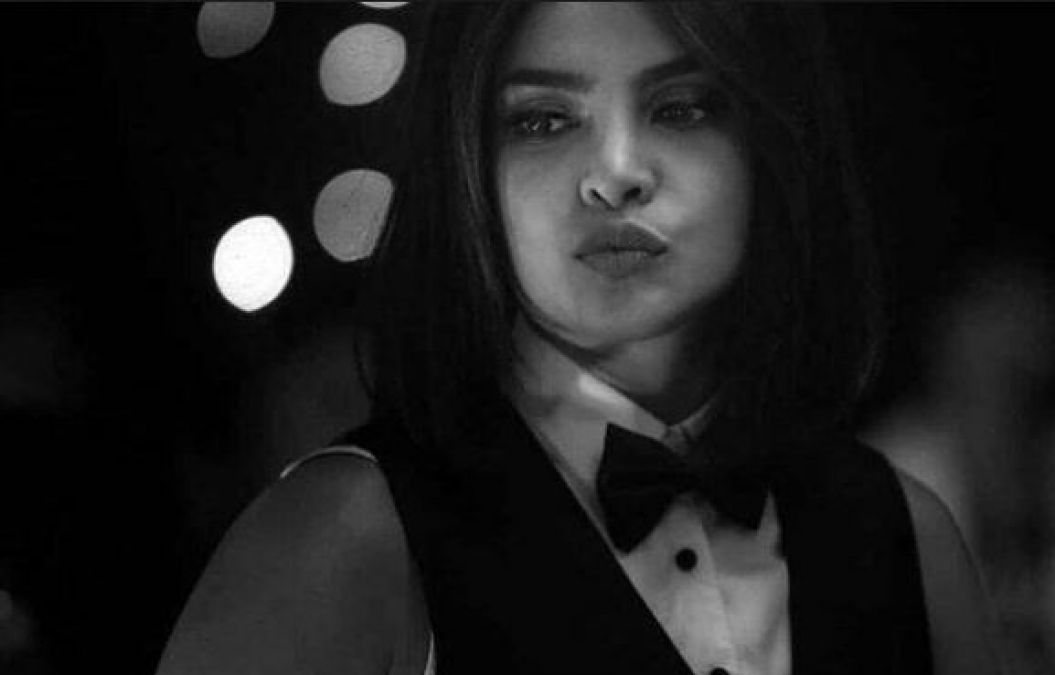 Priyanka Chopra, who made her debut from Bollywood to Hollywood, was the first to return to India by Salman Khan's Bharat, but she didn't. According to reports, Salman became very angry after she refused to do the film because of her marriage.

She is now making a comeback in Bollywood with the film 'The Sky Is Pink'. While the film will feature the role of actresses Zaira Wasim's mother, Priyanka Chopra's upcoming with Farhan Akhtar is in the lead role. You can tell everyone that the wrap-up party of the film The Sky Is Pink was held in the past, with the all-star cast.

It was now believed that the makers would soon be releasing the first look and trailer for the film, but Priyanka Chopra's first look has already been leaked from the film that you can see here. In fact, her photo has been shared at the Fan Club of Actress and shared the picture: "The film The Sky Is Pink is scheduled to be released on October 11, 2019."

Actress, on the other hand, is wearing a semi-formal dress and is making a pout and she looks beautiful too. The film The Sky Is Pink is directed by Direct National Award-winner Shonali Bose and the film's story is based on the life of Motivational Speaker Aisha Chaudhary.