Punishment if a man pretends to marry, but no action if a woman cheats: High Court Kochi: The Kerala High Court has termed it wrong to link the crime of rape to gender. The court said that no action is taken against a woman who cheats a man by falsely promising marriage, but if a man does so, he is punished for rape. What kind of law is this? This crime must be gender neutral. The court made the observation while hearing a case relating to custody of the child of a divorced couple. He said crimes like rape should not be looked at through the prism of gender. It should be made gender-neutral.

According to a media report, Justice A Muhammad Mushtaq made the observation after the woman's lawyer, during the hearing of the case, argued that her husband was guilty in the rape case. To this, the counsel for the opposing side said that his client has just come out on bail. The allegations of rape against him are baseless, stating that he had raped the woman by pretending to be married. After hearing the arguments of both sides, Justice A Mohammed Mustaq expressed concern over Section 376 (punishment for rape) of the IPC. The judge said the law is not gender-neutral. Raising the same question during the hearing of another case this year, he had said that the legal provisions laid down for the offence of rape in the IPC are different for women and men, while it should not be so. There should be a common law in a crime for both.

Section 376 of ipc provides for punishment for rape

Under Section 376 of the IPC, forcibly having sexual relations with a woman is placed under the category of rape. If a person does so, he is guilty in the eyes of this law and there is a provision to take strict action against him.

Team India to play 3 ODIs and five T20Is in West Indies, matches will also be played in USA 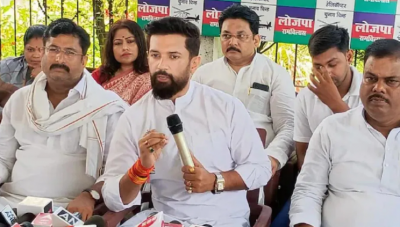