New Delhi: Indian cricket team's star opener KL Rahul has been ruled out of the England tour due to injury. Rahul, 30, is battling a groin injury. He has gone to Germany for its treatment. From there, Rahul has also shared some of his pictures through social media. KL Rahul has shared two of his pictures on Twitter. In this, he is seen in a white T-shirt and jeans. This fans also commented and also prayed for Rahul's speedy recovery. Meanwhile, some users also enjoyed Rahul fiercely.

One user wrote that, 'Injury is an excuse... Suniel Shetty's daughter (Athiya Shetty) has to be rotated.' At the same time, another user commented that, 'Brother, pay attention to your injury.' Another fan said that, seeing this tweet, Athiya will call you. Let us tell you that under the captaincy of Rohit Sharma, Team India has to play a series of one Test, three ODIs and three T20 matches on the tour of England. Now the Test team has been announced, which has also reached England. Due to injury, Rahul has been out of the team for all the seven matches. 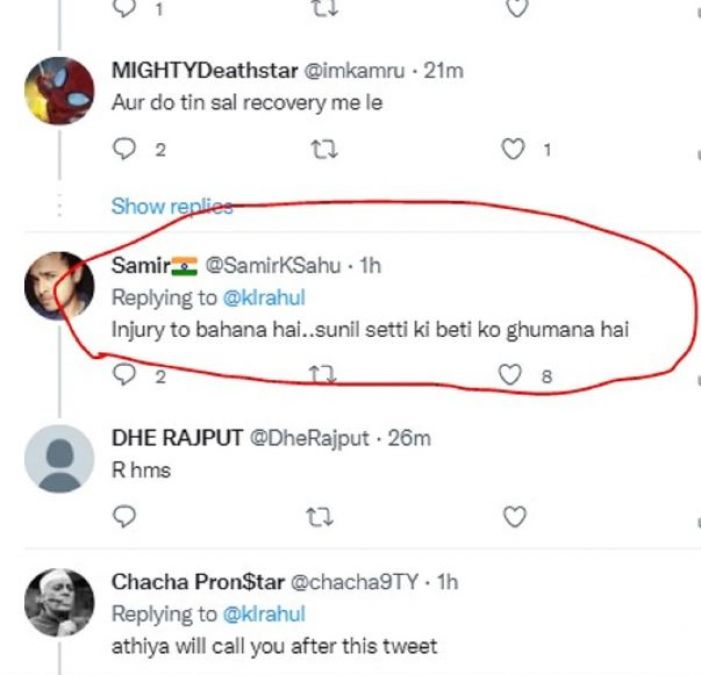 KL Rahul has not played any international match since February. However, he captained the Lucknow Super Giants (LSG) in IPL 2022. The Karnataka batsman has played 43 Tests, 42 ODIs and 56 T20 Internationals so far.