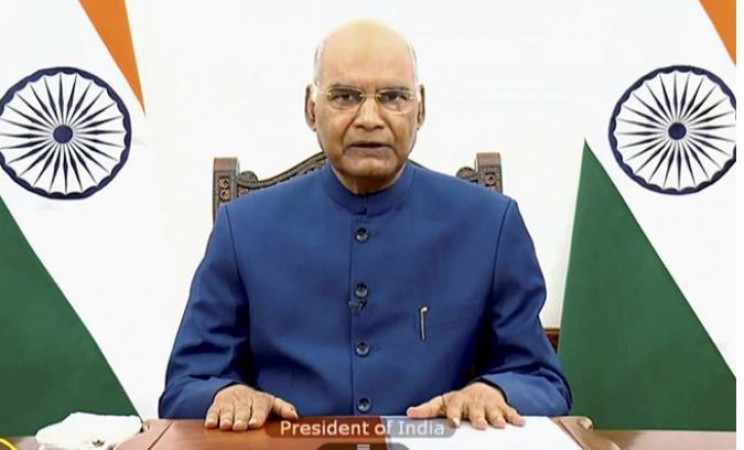 New Delhi: The President of India Ram Nath Kovind on Thursday  (October 7) expressed condolences on the deaths in a road accident in Barabanki district of Uttar Pradesh.

In a tweet, the President expressed condolences to the bereaved families and wished for the speedy recovery of the injured. What the President Ram Nath shared  today reads that "I am deeply saddened to hear about the death of many people in the horrific road accident in Barabanki, Uttar Pradesh. I express my condolences to the families of the deceased and wish a speedy recovery to those injured," tweeted President Kovind.  President is pained by the death of people in a road accident in Barabanki, Uttar Pradesh.

Prime Minister Narendra Modi today mentioned that he is deeply saddened by the news of road accident in Barabanki, Uttar Pradesh. In a tweet, Modi expressed his condolences to the bereaved families. He said, he spoke to Uttar Pradesh Chief Minister and arrangements are being made for proper treatment of all the injured comrades. Moreover, The Prime Minister announced an ex-gratia of two lakh rupees each from the Prime Minister’s National Relief Fund for the next of kin of those who lost their lives in the tragic accident in Barabanki. The injured would be given 50 thousand rupees each.