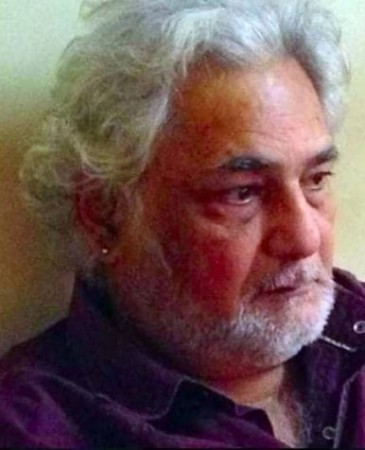 The replay of Ramayana on Doordarshan has once again brought all the characters in the serial to the spotlight, apart from Ram, Sita, Laxman, Ravana, there is a character that is also very important indeed. Valmiki's role in Ramanand Sagar's serial Uttar Ramayana, which is the most important in the entire Ramayana. This character was played by actor Vijay Kavish. He was not limited to just this one character in the show. Vijay Kavish played the role of Maharishi Valmiki in the 'Uttar Ramayana' i.e. Luv Kush serial.

At the moment, when he appeared as Valmiki, his entire face was never recognized due to his white beard hiding behind him. Apart from Valmiki, he also played the role of Lord Shiva and Ravan's father-in-law. He appeared in three different characters in the same show. His character Valmiki is a very important character of Ramayana, while there is a belief that after Lord Rama abandoned Sita, Maharishi Valmiki gave shelter to Sitaji in his ashram. It was here that Luv and Kush were born.

Dasharatha-Kaushalya of Ramayana is husband and wife in real life

In the Ramayana, when Rama builds the Sethu and sets up Shivalinga before going to war with Ravana, Vijay is the entry of Kavish in this episode. Vijay has also played the father of Ravana's father-in-law, Mandodari, in the Ramayana. It is difficult to identify them as well. In an interview, Vijay had told that Ramanand Sagar had cast him for the role of Lord Shiva in Ramayana. Vijay has played many roles in Ramayana, Uttar Ramayana as well as Vikram and Betal. He has also worked in the TV serial Krishna. According to some reports, he is away from films, but his work as an editor and director continues.

Sofia Hayat defends her naked pictures says she is a Goddess