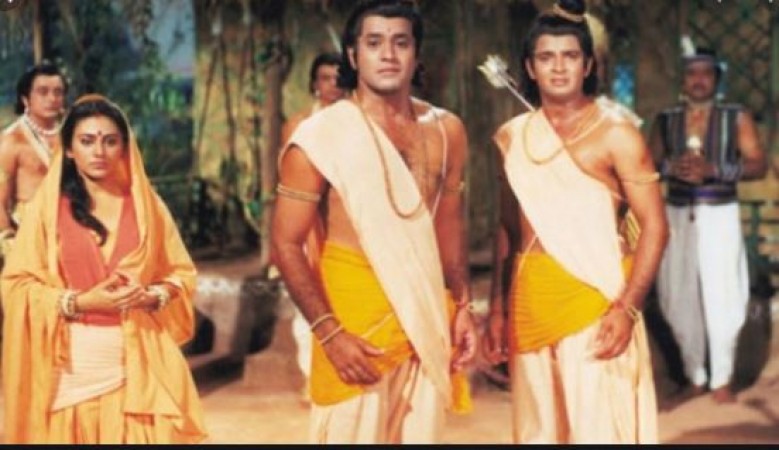 Since the Ramayana telecast on TV again, its star cast is once again in the news. Along with this, the fan following of Arun Govil in the role of Ram, Deepika as Sita and Sunil Lahiri in the role of Laxman is increasing rapidly. Along with this, old photos of Sunil Lahiri are becoming very viral on social media. His followers are also growing rapidly. In a recent interview, Sunil Lahiri has told some special things related to the set. At the same time, Sunil said that there were many scenes of war on the set, but there was never any fight between themselves.

For your information, let us tell you that nobody was harming anyone while shooting fighting scenes in Nadani. They were asked whether there were battles on the sets of Ramayana. Has it ever happened that in the battle scene someone has actually killed someone or arrow? Responding to this, Sunil laughed and said - no one has ever injured anyone. At the moment everyone used to injure themselves. The reason was that the bow and arrow we used were quite sharp and heavy. The direction of walking was always on the green screen in front. At the same time, there is no front, but our hands would definitely peel off.

With this, Sunil said that it was very difficult to shoot. Also, the costume we wore at that time. They were very heavy. It was not easy to shoot in the village where it is so hot. Just like giving someone a tight dress in summer. Also, the costumes could not be worn loosely. Because they will not look good on the screen. Wearing a wig would feel both heat and heat on the head. But there is a saying that when you give your head in a mortar, what to fear from the pestle. Everyone just went on to do this work.

Mohena Kumari knows how to keep herself fit

Ravana of Ramayana came in support of Ram and Lakshman