The Gondwana kingdom is considered to have a different significance in history and the tales of the heroism of its heroic queen Durgavati seem to be unique examples of female power. At the same time, the fort of Rani Durgavati in Singaurgarh of Singrampur in the Damoh district is still seen telling stories of her valour. Rani Durgavati was the only child of King Kirtisingh Chandel of Kalinjar. She was born on Durgashtami in 1524 at Kalinjar Fort in Banda district of present-day Uttar Pradesh, hence she was named Durgavati. The queen's dedication to her kingdom was such that the queen sacrificed her life while fighting the Mughals.

This place was the capital of Queen Durgavati. Even after the age of this fort several hundred years, its walls are still standing firmly. At the same time, the secret of the deserted queen palace, elephant gates, water bodies built inside the fort for bathing and the secret paths built in the hills of the fort remain puzzles even today. At some distance from the main elephant gate of the fort is the Singaurgarh reservoir. Even today water remains here for twelve months. Rani Durgavati was born in a Rajput family. Hearing the tales of her valour, the then king of Gondwana kingdom Sangram Shah Madavi got her married to his son Dalpat Shah Madavi. Dalpat Shah died after four years of marriage. At that time the son of Rani Durgavati, Narayan was only three years old. The Mughal emperor Akbar's army of 10,000 soldiers was defeated three times by Rani Durgavati. Akbar was stunned by the defeat. He asked the queen's favourite white elephant (Sarman) and her confidante Vazir Aadhar Singh to be sent to him as presents. But the queen turned down this demand of Akbar. On this, Akbar sent an army under the leadership of one of his relatives, Asif Khan.

Rani Durgavati had very few soldiers at that time. He mounted a front on the banks of Narai Nallah near Jabalpur and himself led the war in a male disguise. The Mughals suffered heavy losses in the war. On 24 June 1564, the Mughal army attacked again. The queen showed her valour by sending her son Narayan to a safe place. In fact, in view of the possible defeat, she herself sacrificed. At the same time, there is a tomb of the queen at this place called Barela on Mandla Road. Abul Fazl's Akbarnama mentions the state of Gondwana. Barela is located on Mandla Road. There remains the tomb of the queen. Here the people of Gond tribe go and pay homage to the queen. The university in Jabalpur is also named after Rani Durgavati.

Rain will occur in these states including Delhi-UP, know how the weather in your state

Ukraine President thanks PM Modi, says will not talk to Russia now 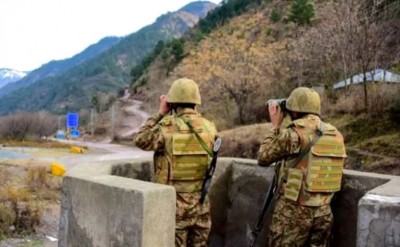