Bollywood film actors Ranveer Singh and Alia Bhatt are shooting in Delhi for their upcoming film 'Rocky and Rani Ki Prem Kahani'. Karan Johar is making a comeback in direction with the film after a long time. Ranveer and Alia have made waves in 'Gully Boy' before.

The movie is also a love story but this time the audience will not get to see any intense romantic scenes between Ranveer and Alia. According to a report received, Ranveer and Alia are reluctant to give kissing scenes in their upcoming movie 'Rocky and Rani's Love Story'. It has been decided by Ranveer and Alia themselves. Ranveer is married to Deepika Padukone due to which she is not comfortable doing kissing scenes. Alia Bhatt is also dating Ranbir Kapoor and is all set to marry him very soon.

Fans are getting harder to believe as the two have done intense romantic scenes in 'Gully Boy' before. The movie was a super hit at the box office. 'Rocky and Rani Ki Prem Kahani' stars Dharmendra, Jaya Bachchan and Shabana Azmi in lead roles. Recently, Karan Johar shared some pictures while having a night out on winter nights. Ranveer Singh, Alia Bhatt and Karan Johar are shown in this picture. Sharing these pictures, Karan wrote in the caption, "Nightout with Rocky and Rani. Day 56 of the shoot." 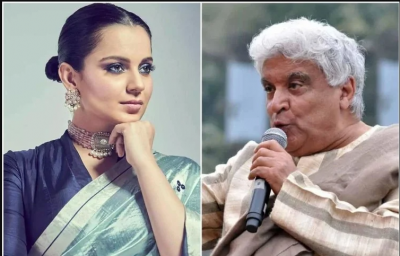