Richa Chadha and Ali Fazal these days remain in news because of their wedding reports. On Thursday, Richa took to her Instagram handle and shared a glimpse of her mehendi ahead of the wedding meanwhile the actress did not reveal her look. The actress shares a couple of photos flaunting her Mehndi and Now Richa took to her social media to share the pictures of her Sangeet.

As soon as  it catches the eyes of people they started commenting on it. One of her fans wrote, “Made for eachother.” Another fan commented, “Looking lovely and congratulations to both the lovely couple.” Many fans and celebrity friends extended their wishes for them and dropped heart emojis.

Speaking about the pictures Richa wore a pink floral lehenga with a matching necklace around her neck. Ali wore white kurta pyjama with white stole. In one of the pictures, Richa can be seen looking into Ali's eyes with a lot of love. He also looked back into Richa's eyes and held her hands while giving a romantic pose for the camera.

On the Personal front, Richa Chadha and Ali Fazal’s wedding festivities will begin in Delhi on September 30th and conclude in Mumbai on October 7th. Their intimate ceremony will take place in Mumbai in the presence of close family and friends. Meanwhile, on the professional front,  Richa and Ali will be next seen reuniting onscreen for the third installment in the hit franchise - Fukrey 3. It will be directed by Mrigdeep Singh Lamba. Ritesh Sidhwani and Farhan Akhtar's Excel Entertainment are backing the new film. 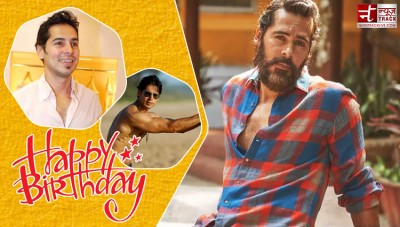