Rome: Italians go to the polls on Sunday in what is expected to launch the country's first far-right administration since World War II and bring Eurosceptic populism to the heart of Europe.

Giorgia Meloni, leader of the Brothers of Italy party and former Mussolini supporter, is currently leading in the elections and is likely to form a government with Silvio Berlusconi's Forza Italia and the far-right League.

Meloni, 45, is running for prime minister of Italy and has emphasized "God, country and family" throughout her campaign.
Voting is open from 0500 to 2100 GMT.

According to Wolfango Piccoli of Teneo Consultancy, many voters are expected to choose Meloni because he is "an innovation, the only leader that the Italians have not yet tried."

There are concerns that Sweden, a founding member of the European Union, may be the latest member to adhere to the hard right and markets, less than two weeks after the far-right outperformed in elections in Brussels and markets. Keeping a close eye on the developments.

If Meloni is successful, he will have to deal with issues such as rising inflation and the energy crisis linked to the conflict in Ukraine as winter approaches.

The third-largest economy in the eurozone, Italy, recovered from the pandemic, but it is still burdened with heavy debt, equal to 150 percent of its gross domestic product (GDP).

Despite the fact that his party has never taken power, Meloni has dedicated his campaign to attempting to demonstrate that he is capable.

In the most recent elections in 2018, the Italian brothers, who have their roots in a post-fascism movement launched by admirers of dictator Benito Mussolini, received only 4% of the vote.

Over the years, Meloni has changed his mind, notably dropping his calls for Italy to leave the euro.
She is adamant that her nation must defend its interests and support Hungary in its legal conflicts with Brussels.

His coalition is pushing for a renegotiation of the EU's post-pandemic recovery fund, arguing that the nearly 200 billion euros Italy is expected to receive should take into account the energy crisis worsened by the conflict in Ukraine.

However, political sociologist Marc Lazar told AFP that "Italy cannot afford to be deprived of these sums," meaning Meloni actually has "very limited room for maneuver."

The fund is linked to a set of reforms that outgoing Prime Minister Mario Draghi has recently launched. Draghi called for early elections in July after his National Unity Coalition fell apart.

Meloni strongly supports the EU sanctions on Ukraine against Russia despite his Euroskepticism, but his allies are another story.
Vladimir Putin's longtime friend and billionaire former prime minister Berlusconi came under criticism this week after he said the Russian leader had been pushed into war by his party.

Roman who speaks straight and was raised by a mother in a working-class area, rails against the "LGBT lobby," the "wake up ideology," and "the violence of Islam."

He and Salvini, who are currently on trial for obstructing charitable rescue ships in 2019 while he was interior minister, both pledged to stop the thousands of migrants arriving on Italy's shores every year.
Meloni is considered a threat to democracy by the centre-left Democratic Party, which is led by former Prime Minister Enrico Letta.

Additionally, it claims that despite Italy being at the forefront of a climate emergency, its government will disregard global warming and seriously jeopardize hard-to-obtain rights such as abortion.

In terms of economy, Meloni's coalition promises to reduce taxes while increasing social spending at any cost. Perhaps not surprisingly, they want the EU spending rules changed.
Two weeks before election day, the most recent polls indicated that Meloni had the support of one in four voters.

She may end up in parliament with a lower majority than anticipated, however, with around 20% of voters still undecided.
Particularly in the underdeveloped South, support for the populist Five Star Movement appears to be growing.

The next administration is unlikely to take office until late October, and despite Meloni and Salvini's promises to serve for five more years, history suggests they could be in trouble.
Political instability is well known in Italy. 67 governments have ruled the country since 1946. 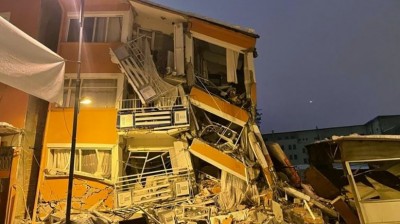