New Delhi: Mothers of Rohit Vemula, a PhD student at Hyderabad Central University, and Payal Tadvi filed a petition in the Supreme Court. In which there was a demand to end caste discrimination in universities and higher educational institutions. The apex court has agreed to hear this petition. Both Vemula and Tadvi have committed suicide. And casteism is believed to be the reason behind this move. Payal Tadvi was a medical student in Maharashtra.

Justices NV Ramana and Justice Ajay Rastogi issued notices to the Center on this petition and gave four weeks time to file a reply. On behalf of these two mothers, senior advocate Indira Jai Singh told the court that there are UGC guidelines in this regard but they have not been implemented. The petition demanded that the fundamental right, especially the right to equality and the right to life, be implemented.

She said that these discriminatory incidents occurring in universities demonstrate violation of the rights given in the constitution. The petition calls for the creation of an equal opportunity cell in all higher institutions that can investigate complaints of such discrimination. The government was greatly troubled by the Rohit Vemula episode. Large-scale Dalit organizations in the country demonstrated against the government. On the other hand, Payal Tadvi's mother had accused her senior of committing caste harassment before her daughter committing suicide. Special drive launched in UP to bring crop insurance to farmers 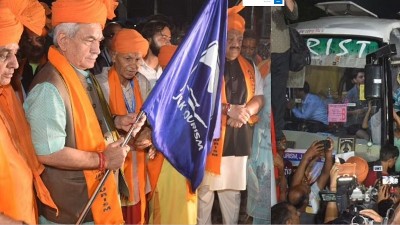