Prime Minister Narendra Modi met UAE president and Ruler of Abu Dhabi Sheikh Mohamed bin Zayed Al Nahyan on Tuesday. The ruler with his Royal family went to the airport to receive Modi. Showing the influence of the Prime Minister and the country. 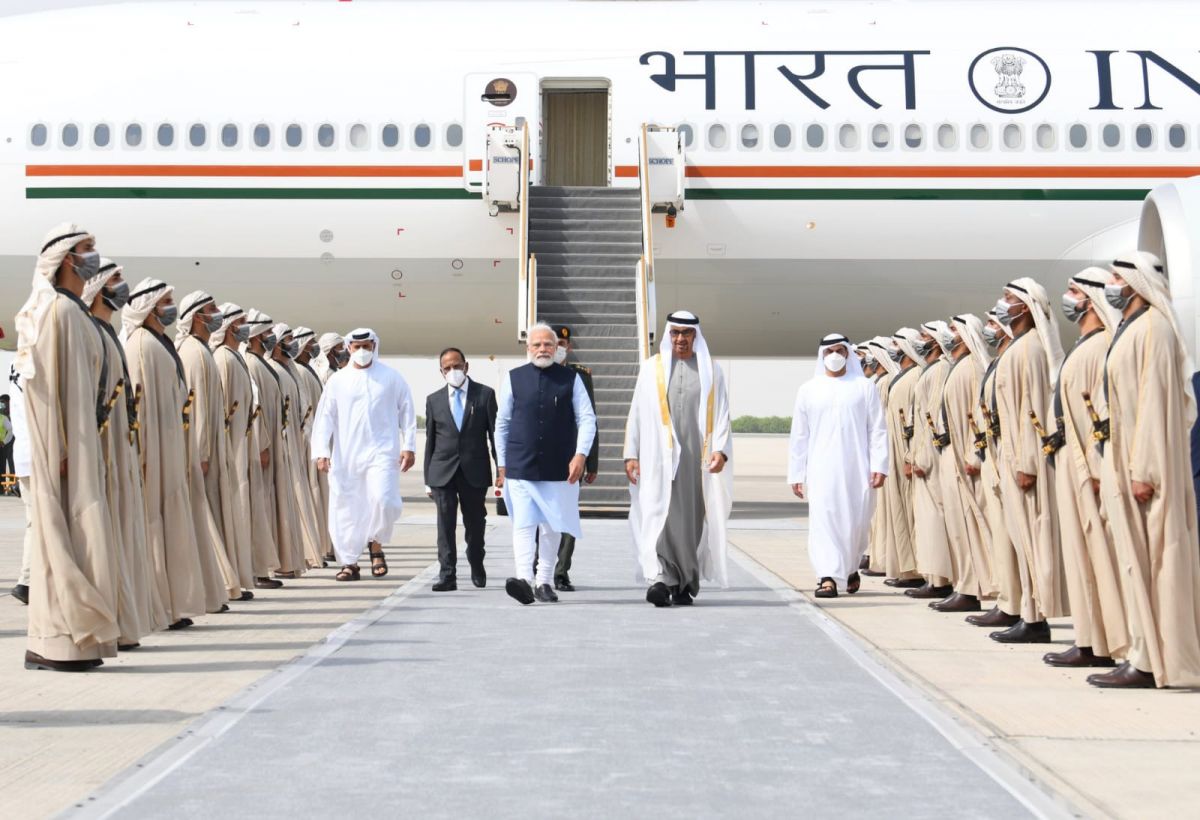 Modi said that he was touched by the gesture of the current President for personally receiving him on his arrival at the Abu Dhabi airport. Modi visited the UAE on a brief visit to convey his condolences personally on the demise of the former president of the nation who passed away on May 13.

Additionally, India had announced one day of state mourning following the demise of Sheikh Khalifa.

"In a special gesture, UAE President and Ruler of Abu Dhabi Sheikh Mohamed bin Zayed Al Nahyan, accompanied by senior members of the Royal Family, was at Abu Dhabi airport for the interaction with PM," Ministry of External Affairs Spokesperson Arindam Bagchi tweeted.