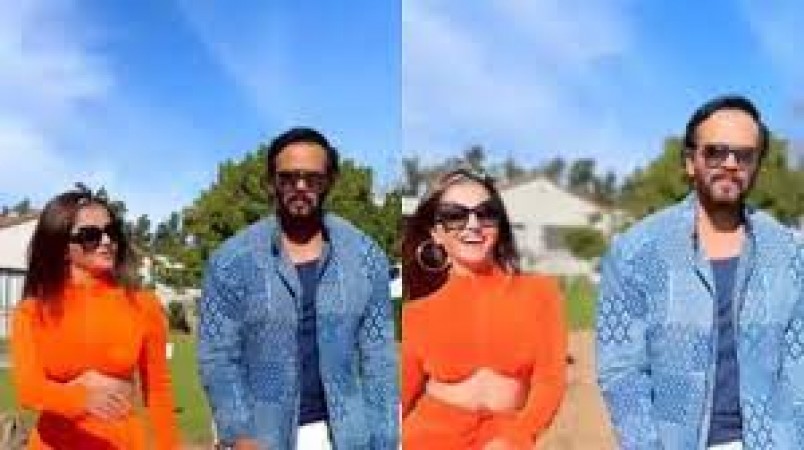 Rubina Dilaik, the winner of tv's popular reality show Bigg Boss 14 and famous actress, is in Cape Town to shoot for Khatron Ke Khiladi season 12. Recently, Rohit Shetty shared a great video and informed fans that the shooting of Khatron Ke Khiladi 12 has started. Now, from the shooting location, Rubina Dilaik has shared a stunning video, in which she is also seen along with the host of the show Rohit Shetty.

In this video, Rubina Dilaik can be seen walking in style with Rohit Shetty. Rubina Dilaik on Monday shared a video on her official social media account, in which she is seen starting the reality show with swag. In this reel video, Rubina is seen walking with the host and filmmaker of the show Rohit Shetty and this style of hers is being loved by the fans. Commenting on the video, fans are wishing Rubina all the best for her show.

Sharing the video, Rubina wrote in the caption- "Aa raha hain hum, dhamaal machane kauch in this style... The shooting of the most exciting, adventure-filled season of Khatron Ke Khiladi has begun. In the video, Rubina Dilaik is seen in an orange coloured co-ord set, while Rohit Shetty looks extremely stylish in a blue jacket, blue t-shirt and white pants. As soon as the video was shared on the platform, Rubina's fans started reacting to it. Rubina's co-workers from the industry have also reacted to her video. Rubina's video is going viral on the internet.