Famous TV actress Rubina Dilaik's bikini photos have been doing the rounds on social media. The actress, who has created ripples in the television world, is now making a splash on social media platforms with her sizzling style. Rubina took to her Instagram handle to share some stunning pictures in bikinis, which have been heartened by fans. In the pictures, Rubina is wearing a black strapless bikini top and matching bottom to make fans go crazy with her killer look.

At the same time, fans are getting hooked on these super sizzling pictures of Rubina Dilaik wearing black sunglasses with a black strapless bikini. In no time, millions of likes have been counted in the photos. There is a flood of fire emojis in the comment section. One of the people wrote in praise of Rubina - You look so hot. Rubina my baby doll. Another person wrote: "The water was on fire.'' Another person wrote: "I can't take my eyes off you.'' 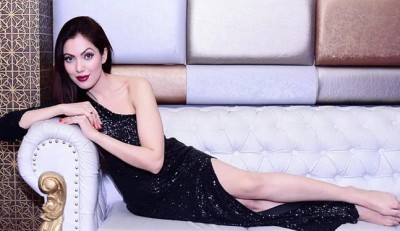