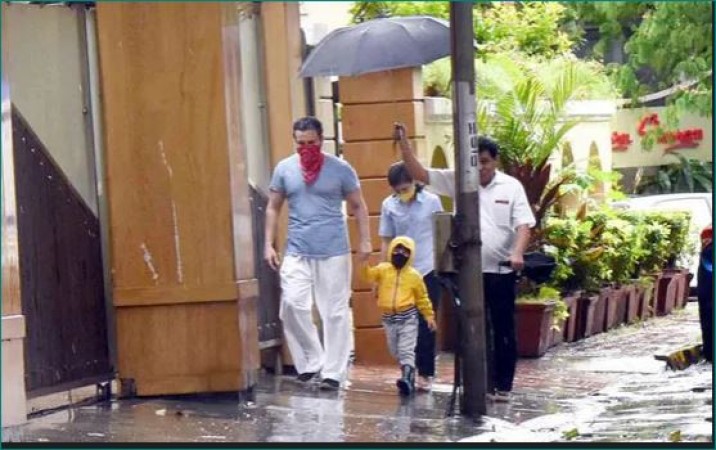 Unlock 2 has been implemented across the country. Many people are now seen outside the house. Meanwhile, celebs are also being seen. Recently Cute Little Boy Taimur enjoyed the rain. He was recently spotted and his pictures have surfaced. In these pictures, Taimur is seen walking on the roadside in the rain holding father Saif's hand.

Talking about Saif Ali Khan, then he is seen in pajamas and t-shirts and he has tied a red-colored handkerchief in his mouth. Talking about Taimur, he has put a mask on his face and has also kept his head covered with a hoodie. You can see that in these photos there is also a helper behind Taimur who is walking along with him carrying an umbrella. Before this, Saif and Taimur have been seen walking outside, during which Kareena was also seen with both.

Earlier, Saif Ali Khan went out for a walk on Marine Drive in Mumbai without wearing a mask. He was trolled fiercely. Talking about work, Saif will soon be seen in his new film, while Kareena is all set to appear in Lal Singh Chadha.