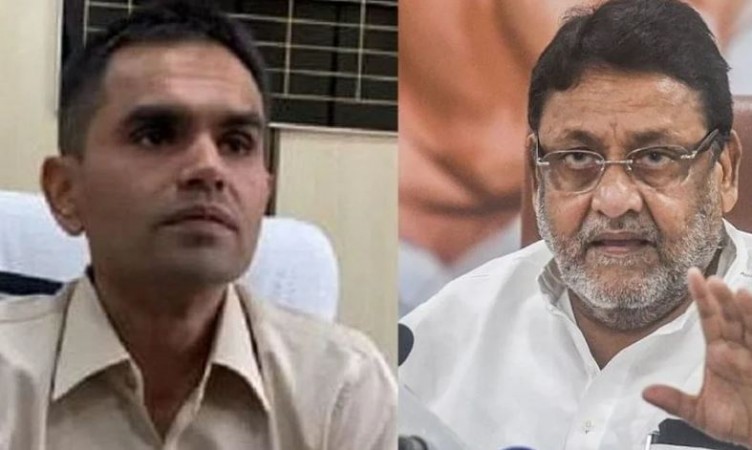 Mumbai: Maharashtra government minister and NCP leader Nawab Malik has once again made another shocking revelation about NCB officer Sameer Wankhede today. In fact, Nawab Malik has shared the death certificate of Sameer's mother Zahida and claims that his mother was a Muslim and was buried in Oshiwara cemetery.

In fact, Nawab Malik has alleged in his new statement that the Wankhede family has also made two death certificates of Zahida, in one she is a Muslim while in the other she has been made a Hindu. Nawab Malik says that Sameer Wankhede's mother Zahida died on April 16, 2015. Her first death certificate was made on this day and her religion was written as Muslim. This was followed by another certificate on April 17, the next day, in which religion was changed to Hinduism.

On the other hand, Nawab Malik claims that the Wankhede family has not only faked Sameer's religion for a job but also forged two separate documents even after his mother's death. On Monday, the Bombay High Court had turned down the demand of the father of Narcotics Control Bureau Zonal Director Samir Wankhede's father, in which he had sought a stay on the statements made by Minister Nawab Malik against his family. The court had also said, "Nawab Malik should say something only after he is confirmed. The Defaulter (Nawab Malik) has the right to speech.''

Narendra Modi and arrogance have been defeated: Lalu Yadav

Sad news! Paswan is no more