At 3 p.m. today, TMC supremo will pay a visit to NCP president Sharad Pawar at his Silver Oak house. During her three-day visit, however, she will not meet with an one member of Congress. Mamata's entire thesis is being questioned. While speaking with media today, Sanjay Raut responded to this question. 'Sharad Pawar is the opposition's most powerful leader,' Raut remarked. Leaders have the most experience. Bengal's lioness is Mamata Banerjee. His meeting with Pawar will be crucial. He had to meet with Chief Minister Uddhav Thackeray as well. Mamata Didi and her have a very tight friendship. Mamata Banerjee, however, agreed to allow CM Thackeray rest due to his health. Because the central government is misusing the central agencies to block the non-BJP government's functioning in many ways. It is vital to prepare for a protracted war in such a circumstance.

Uddhav Thackeray, according to Raut, will play a significant role in the battle. Mamata Didi has advised her to take it easy until she fully recovers. I met Didi on his behalf with his son, Minister Aditya Thackeray. When reporters asked Sanjay Raut if Mamata Banerjee was intentionally excluding the Congress from her campaign, he said no. After all, they're meeting with leaders from all parties, so why not Congress? "Where are the Congress leaders here?" Raut said. The Congress leaders then convene in New Delhi. Mamata Didi also spoke with Congress Working President Sonia Gandhi on the phone while in Delhi.' Maharashtra Congress leaders and ministers have also claimed that the Shiv Sena and the Nationalist Congress Party (NCP) together make all decisions in the state government and do not give the Congress any weight. The Congress may be offended by Raut's claim that the party's leaders are not in Maharashtra. 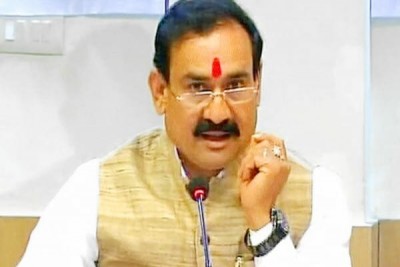