Sarabjit Singh's sister Dalbir Kaur, who was killed in a Pakistani jail on charges of espionage, has passed away. According to the information received, she died late on Saturday night. The cause of the death of 60-year-old Dalbir Kaur has been attributed to cardiac arrest. Let us also tell all of you that Sarabjit Singh, a resident of Punjab, was campaigned by his sister to bring him back to India from Pakistan. Yes and according to the information received, the last rites of Dalbir Kaur will be performed today at Bhikhiwind in Punjab. Let us also tell you all that Sarabjit was convicted of terrorism and espionage by a Pakistani court and sentenced to death in 1991.

On the other hand, the government had indefinitely stayed the execution of Sarabjit in 2008 and then in April 2013, Sarabjit died after an attack by prisoners in Lahore. Let us also tell you all that Sarabjit had claimed in Pakistan that he is a farmer and has a house near the border. He has strayed into the Border of Pakistan, but he was arrested. After all this, he was sentenced to death.

On the other hand, Sarabjit Singh's sister Dalbir Kaur joined the Bharatiya Janata Party (BJP) in December 2016. Let us tell you that Kaur came close to the BJP in 2005 when she was struggling to get her brother out of jail. Let us also tell you all that a film was made in Bollywood about the life of Sarabjit Singh and in this film, the character of Sarabjit Singh was played by Randeep Hooda. At the same time, the role of his sister Dalbir Kaur in this film was played by Aishwarya Rai. 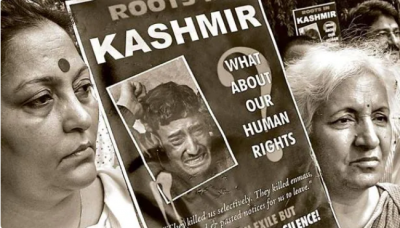