Beauty is also using Phi's Greek Golden Ratio to measure the beauty of the face. For thousands of years it has been called the secret formula for measuring the perfect face. Through this formula, it was revealed that the face of 36-year-old Amber is 91.85 per cent acurate.

Amber was tested by London surgeon Dr Julian de Silva. He said the test was done through the latest facial mapping technique. Photos, their eyes, eyebrows, nose, lips, chin, jaw and facial shape have been measured. 12 marker points of the face were analyzed. Amber's face is 91.85% acurate in the Greek ratio of Phi.

The Greeks say that all natural things are being proportioned. They believe that the secret formula of the world's most beautiful face is also  being provided. Dr. Julian de Silva, who runs the Centre for Advanced Facial Cosmetic and Plastic Surgery in London, said:  "We are using a new computer mapping technique. Through this technique, we have discovered some of the secrets behind the beautiful face. Kim Kardashian's face was also tested through this technique. In beauty, he was number two. His face 91. 39 percent is acurate. 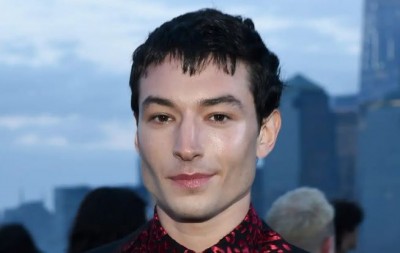