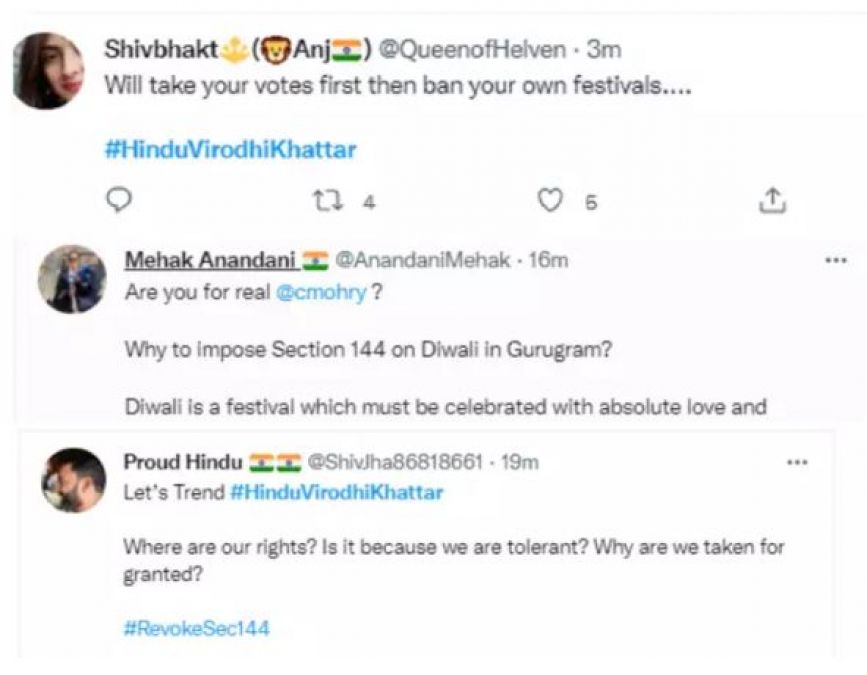 One user wrote, "First you take our votes and then ban our festivals. Anandani Mehak wrote, 'Are you really the CM of Haryana? Why should Section 144 be imposed on Diwali in Gurugram? Diwali is a festival that should be celebrated with full love and grandeur. Remove Section 144...' Another user demanded JP Nadda should remove Khattar from the post of HARYANA CM and make someone else chief minister. The user wrote, "They are neither offering roadside prayers in Gurugram nor are Mewat coming under their control. From above, they are imposing Section 144 to ban firecrackers on Diwali. ' 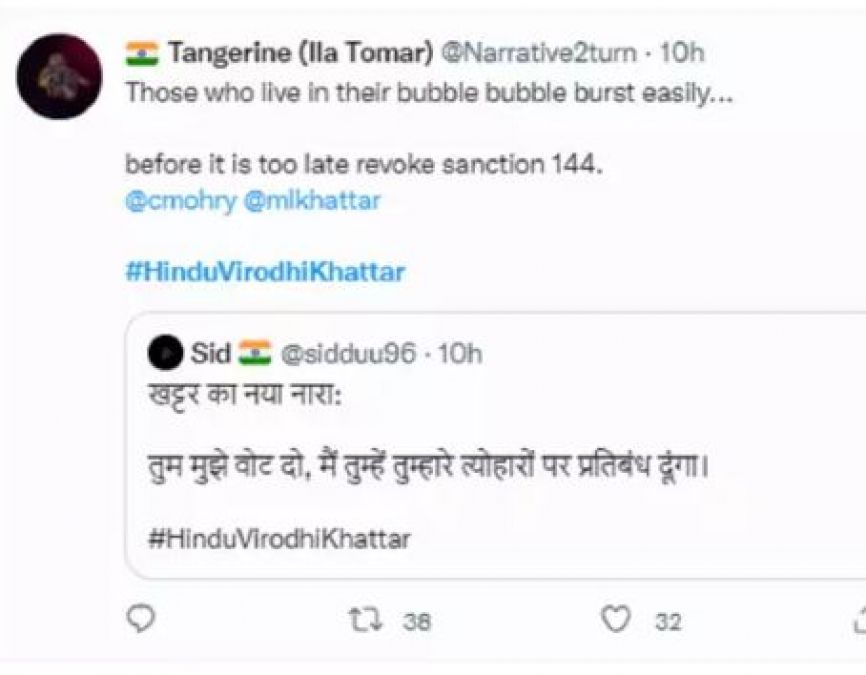 The Gurugram district administration has imposed a complete ban on fireworks bursting on Diwali, Guruparva, Kartik Purnima, Christmas and New Year's Eve in the district. The administration has banned fireworks from bursting in the days before and after Diwali. Orders under Section 144 of the CRPC have been issued by Gurugram District Collector (DC), Yash Garg on Monday. He said the orders have been issued in compliance with the Supreme Court judgement to protect the people and control pollution levels. The duty of the SHO of the concerned area has been fixed to ensure compliance with these orders.

Tobacco farmers are opposed to the introduction of contract farming