Actress Priyanka Chopra, who has made her mark from Bollywood to Hollywood, has millions of fans all over the world. The actress stays connected with her fans through social media and keeps sharing updates related to herself by sharing the latest posts. Recently, Priyanka has shared such a picture of herself, seeing which the fans have got worried and are engaged in commenting and asking her well being.

In the picture shared by Priyanka Chopra, there is a lot of swelling on her face and blood is also visible near her lips and nose. Sharing this picture on Instagram, the actress wrote, 'Have you had a hard day at work too'. Along with this, he has also put a laughing emoji. 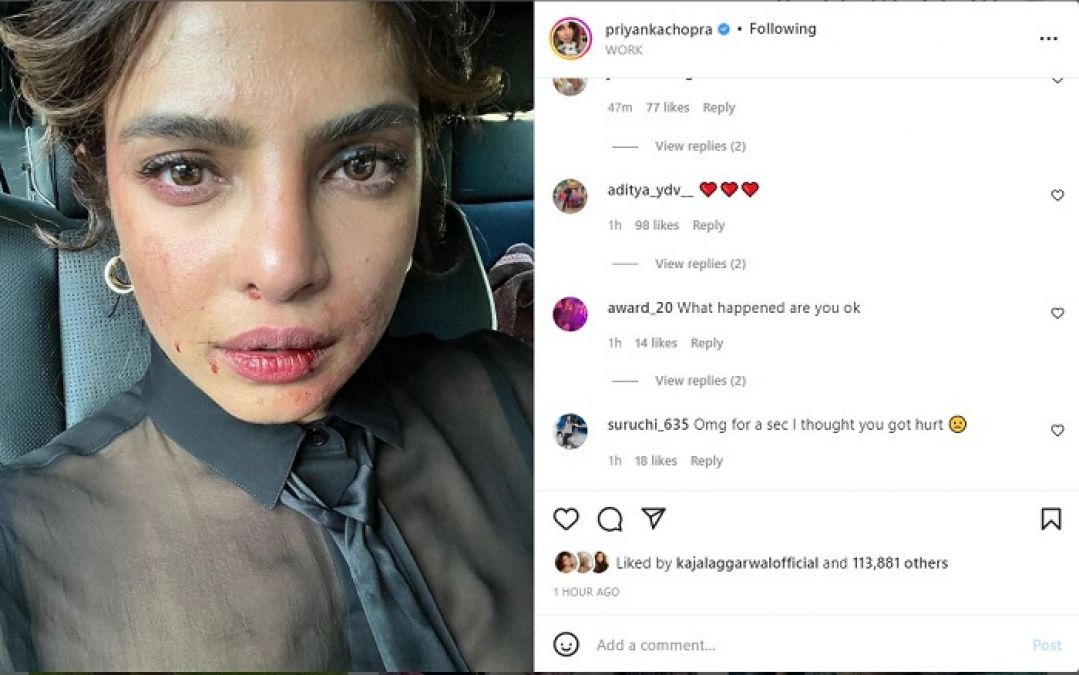 Fans got tensed after seeing this picture of the actress and are asking the reason for the injury on her face, but let us tell you that these photos of Priyanka Chopra are in the middle of the shoot. The actress will soon be seen in the film Ending Things with Hollywood actor Mac Anthony.