Shabana Azmi says "Just like actors, Politicians above 65 should not be allowed to go out" 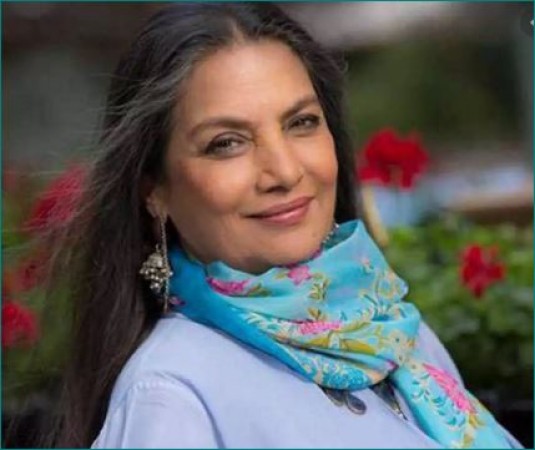 Coronavirus cases are increasing daily. The Federation of Cine Workers association implemented the rule that actors above 65 years of age will not be able to shoot. Stars above 65, like Shabana Azmi, Paresh Rawal, disagree with this decision and Hema Malini in fact, wrote a letter to the Central Government regarding this, while Shabana Azmi called this rule of the government as discrimination.

She said in a conversation with a website that, "A small part of the film being produced by Vikas Khanna is yet to be shot. Now, what will happen to this project? Should producers turn young actors' hair white and act on them? And why is this rule only applies to the film industry? Why not on politics? They should also ensure that no leader above 65 years of age will attend any political rally or go outside."

The Federation of Western India Cine Employees under the leadership of its Chief Advisor Ashok Pandit spoke that the Maharashtra government forbid actors above 65 to shoot. Annoyed Paresh Rawal said in a conversation with media said that "The filmmakers should make necessary security arrangements on the sets of films as well as keep the set sanitized continuously. There are many doctors and nurses whose age is above 65 years, but still, they are engaged in doing their work."

Paras' father died when he was 3, rose to fame with this show