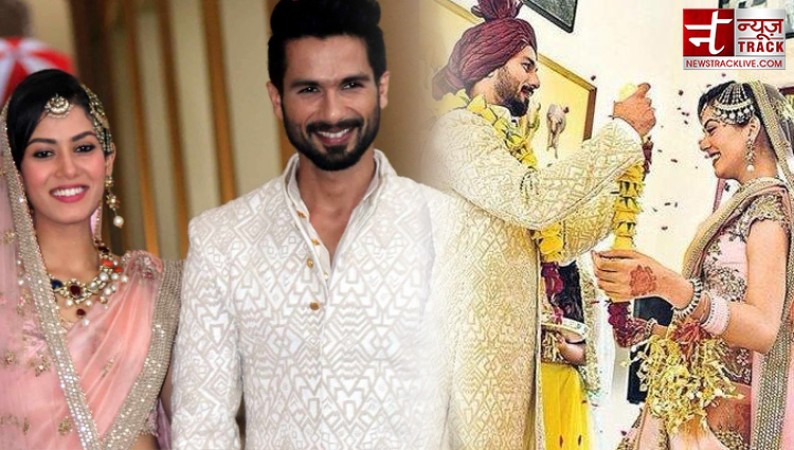 Shahid Kapoor has completed 7 years of marriage. Shahid married Delhi girl Mira Rajput in 2015. Everyone was shocked by this marriage because Shahid left the love marriage and got married outside the industry. Mira is 12 years younger than Shahid and was 21 when she got married. But now there is tremendous bonding between the two. They are both parents of two children.

In fact, Shahid and Mira's first meeting took place at a Satsang. Shahid used to come to a Satsang in Delhi with his father Pankaj Kapur. Meera's family used to come to this Satsang and it was here that these two met. After the friendship between the two, Pankaj Kapur proposed the marriage to both of them in front of Meera's father and thus Mira became Shahid's wife.

Even after not being a Bollywood actress, actor Shahid Kapoor's wife Mira Rajput is always in the news. She is also very active on social media. Reports say that Mira had put a condition before marrying Shahid, in which it was said that she will have to keep her hair as before, only then she will marry him. Shahid Kapoor and Mira Rajput were in the news for a long time for their marriage. Mira Rajpur is 12 years younger than Shahid due to which she refused to get married in the first place. Later on, in the sister's explanation, Meera also said yes to the marriage. Before Mira, Shahid's name was associated with Kareena Kapoor.