Shahid Kapoor and Mira Rajput are among the most talked-about couples who make couple goals for others. They are also known as the happiest and most talked about couple of Bollywood. Mira is also very active on social media with Shahid and the two are always sharing bonds with each other. Mira recently shared new photos of herself and Shahid. In which he and Shahid are seen lost in love with each other. While users are showering their love on these photos, some users are also making funny comments.

Mira looks romantic Mira is seen in a romantic look with husband Shahid Kapoor in these photos. In one picture, the two are seen taking selfies in front of the mirror while in the other photo they are seen putting their hands around Shahid's neck while shahid can also see her kissing her. Sharing these photos, Meera captioned it as "Sunday Bing". Fans have filled the comment section of his post with a heart emoji.

Fans are also busy commenting on these pictures. One fan responded by writing: "Beautiful couple," wrote another fan - the perfect pair, both have always been made for each other. After seeing these photos, a female fan responded with a very funny reaction and wrote, 'Leave my husband'. Mira had recently shared a glimpse of the new house from her Instagram story and also demanded suggestions from Fans about her home kitchen. Mira and Shahid are going to shift to the new house soon. The renovation of the house is currently underway. 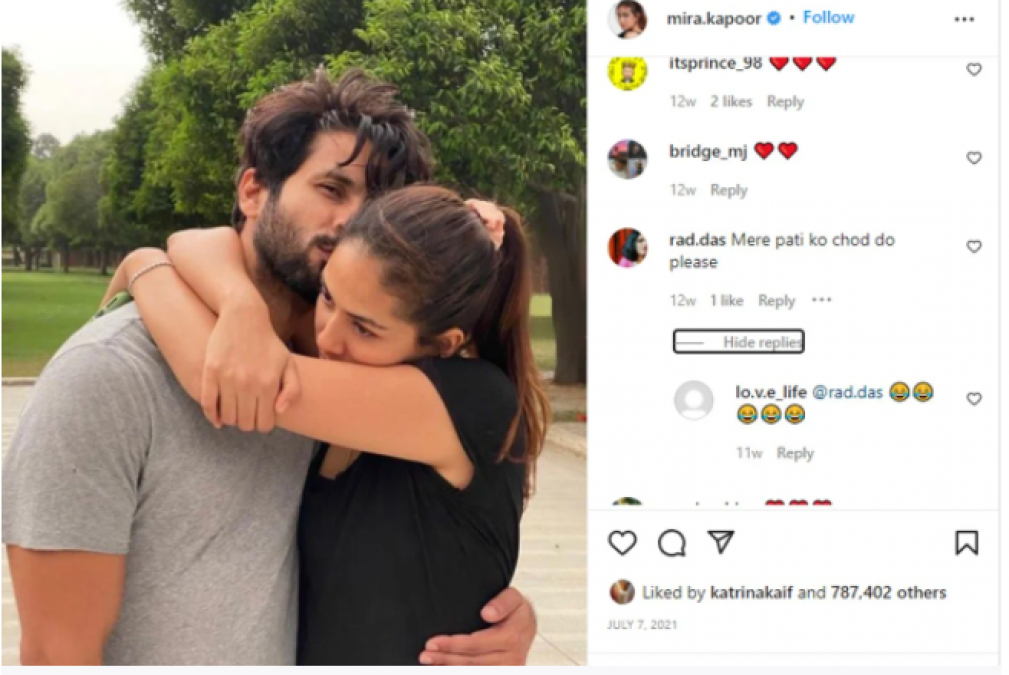