Shameless is roaming around without clothes even during Ramadan, Trollers on Urfi Urfi Javed has started the day with her style. While Ranbir Kapoor and Alia Bhatt's marriage is being discussed in the corridors of Bollywood, on the other hand, Urfi Javed is seen having fun wearing a bikini. Urfi shared a new video. In this video, she can be seen wearing a bikini of fluorescent pink and yellow colour.

Urfi shares video: In the video, Urfi Javed is wearing a bikini. She has left her hair open and has flowers on one side. In the video, Urfi is seen descending the ladder after which she has posed. There are two large pots behind her. Urfi shared the video and wrote, "They don't like me because I am at the top."

The fans of Urfi Javed have become crazy about this video. The trolls have once again fallen behind them. Trolls say that at least in the month of Ramadan, by wearing Urfi style clothes. A user has written a comment on Urfi's talent. The user wrote, 'The lack of talent often makes clothes to be removed. I had heard earlier, that today's TV and films are proving it. 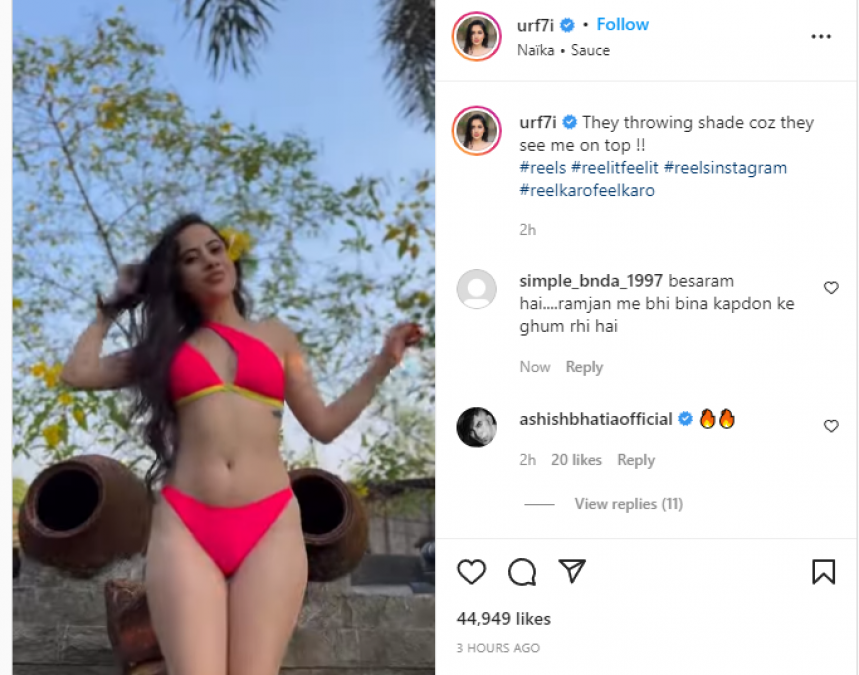