World champion Indian woman boxer Nikhat Zareen shared photos on Instagram and Twitter on Yoga Day. In these photos, she is seen doing yoga. He also explained the benefits of yoga in the caption. He wrote, "There are many benefits of doing yoga. The benefits of it are never diminished. Yoga is the light that, once burned, never diminishes. Its flame will always be sharp. Practice yoga. Greetings and good wishes to all of you on The International Day of Yoga. ”

But this message of Nikhat Zareen about yoga has not been liked by the fundamentalists  at all. They are suggesting to offer namaz five times a day instead of yoga, invoking Islam. On the photos of Nikhat who created history by winning gold medals at the Women's World Boxing Championship, one user wrote, "Namaz is everyone's ammi. One commented, "It is better to pray 5 times a day than to do yoga." The stubborn Jehan commented on Nikhat Zareen's description of the benefits of yoga, "Well, you will tell you now?" Sharukni wrote, "Madam, read the 5-time prayer, that's the only yoga in the world." ” 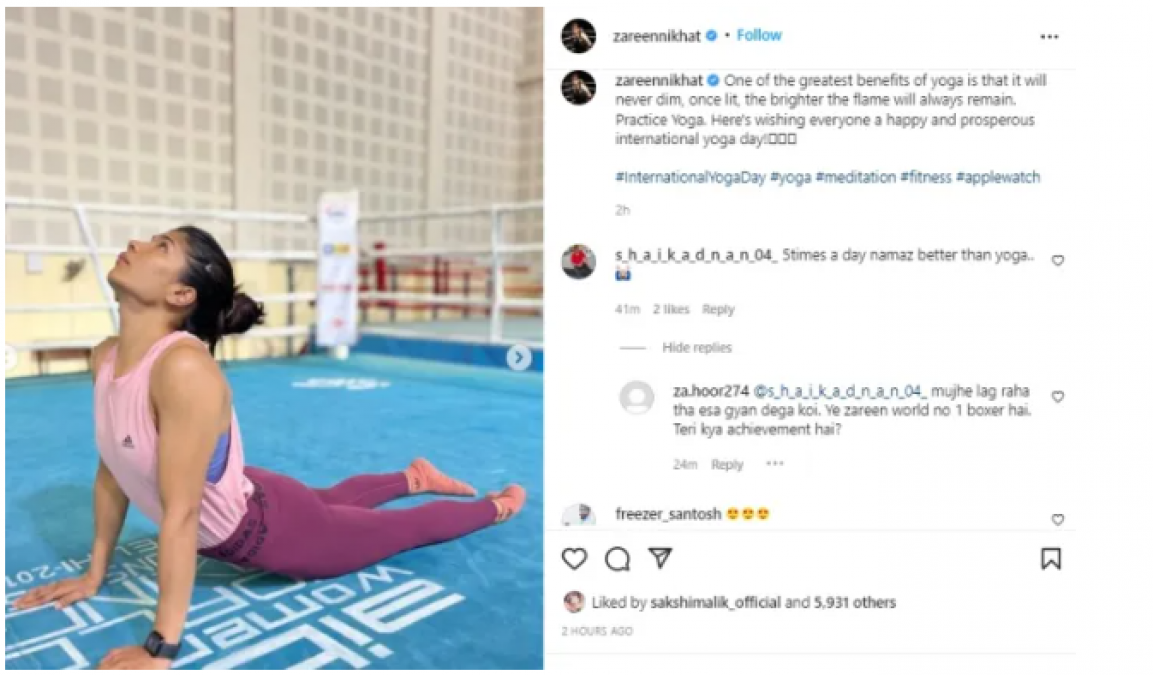 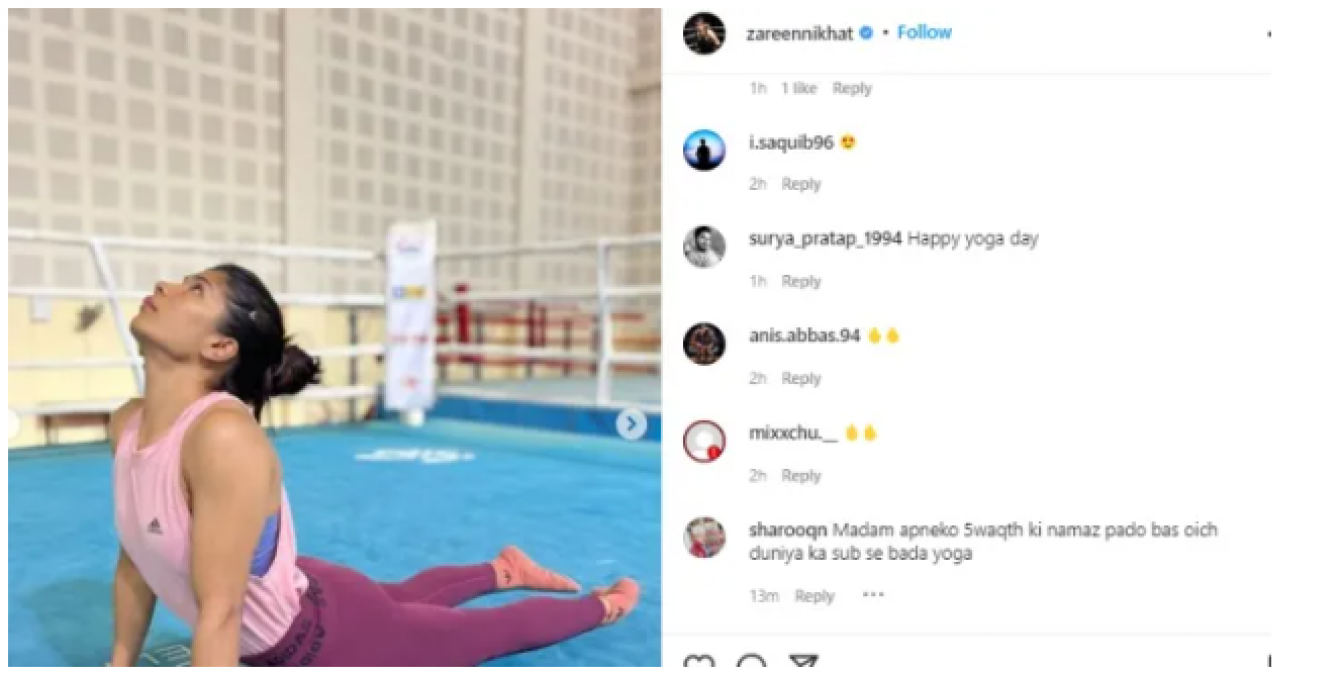 It is worth noting that Nikhat Zareen is the fifth woman boxer from India to become the world champion by defeating  Thailand's Jitpong Mustamens 5-0. Nikhat Zareen, a woman boxer from Nizamabad in Telangana, had said in an interview last month, "I come from an Orthodox community. Whenever I used to do boxing, people used to comment a lot. However, I didn't listen to anyone, because I knew my dream that I had to win a medal for the country by representing my country. That's why my focus was only on boxing and medalting. ”