The weekend is off to a musical start thanks to Shehnaaz Gill. On Saturday, the formerly competing Bigg Boss contestant posted a video of herself singing beautifully, just as she has in the past. Shehnaaz performed the song "Jo Bheji Thi Dua" from the 2012 Dibakar Banerji film Shanghai, which also starred Emraan Hashmi, Farooq Shaikh, Abhay Deol, Kalki Koechlin, and Prosenjit Chatterjee.

Shehnaaz also asked her followers and fans to suggest songs for her to sing in the future and wished them a "Good weekend!" alongside the video.

She received a lot of love and admiration from her fans, who also valued her singing abilities. "Wow what a beautiful voice," one of her fans wrote in response to the video, and "Sidnaaz kaise ho aap" were written by another. Love you Shehnaaz Rabb Thonu Bohot Tarakkiyan Bakshe, wrote a third admirer.

Shehnaaz and her rumored partner, the late actor Siddharth Shukla, have shared the screen in a number of music videos, including one for Darshan Rawal's song "Bhula Dunga." Additionally, they were seen in the music video for the song "Habit," which was written by Arko and was performed by Shreya Ghoshal.

Along with Riteish Deshmukh, Nora Fatehi, and John Abraham, Shehnaaz will appear in the Sajid Khan-directed movie 100%. Additionally, she will appear in Salman Khan's Kisi Ka Bhai Kisi Ki Jaan. Video!! Who is Vikas Manaktala, The new wild card of Bigg Boss 16 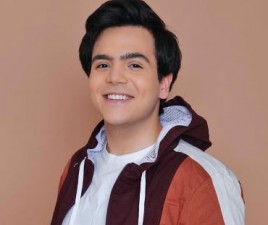