It may be recalled that the TMC leadership had said on Saturday that it was going to continue to form an alternative front as Congress had "failed to lead the fight" against the BJP. Mamata Banerjee had said in the midst of her recent visit to Mumbai that 'there is no UPA (UPA)' on Friday in the TMC mouthpiece 'Jago Bangla' attacking the Congress afresh saying it had gone into a 'deep freezer'. Recently, 'Jago Bangla' also claimed that Mamata Banerjee, not Congress leader Rahul Gandhi, has emerged as the face of the opposition against Prime Minister Narendra Modi.

The Shiv Sena MP, who shared power with the NCP and congress in Maharashtra, claimed on Sunday that 'It seems mamata banerjee is thinking of doing something new by keeping the Congress out.' She also claimed that amid her meeting with Shiv Sena leader and minister of state Aditya Thackeray here a few days ago, Banerjee had said , 'We will not come here, Because Shiv Sena and NCP are strong.'

The Shiv Sena Rajya Sabha member has said that TMC is going to contest the upcoming assembly elections in the neighbouring state of Goa and is spreading its footprint in the northeastern states of Tripura and Meghalaya as well. He has said that in the midst of his visit to Mumbai, Banerjee also held talks with Aditya Thackeray on the exchange of tourism and culture between the two states. He also invited Thackeray for the upcoming Kolkata International Film Festival.

Earlier, Shiv Sena had called in its mouthpiece Saamna on Saturday to keep the Congress away from national politics and to form an opposition alliance parallel to the United Progressive Alliance (UPA) without it, saying it would strengthen the ruling BJP and the "fascist" forces. 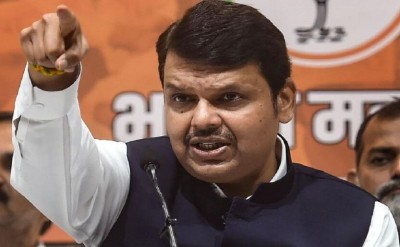