Islamabad: Former Pakistan fast bowler Shoaib Akhtar is celebrating his 47th birthday today i.e. on August 13. Akhtar was born in Rawalpindi, Pakistan in 1975 and then came to be known as Rawalpindi Express after bowling at a fast pace in cricket. Akhtar, who retired from international cricket in 2011, was suffering from his knee problem for the last 11 years and recently underwent a successful knee operation in Melbourne. Due to the surgery, he is currently resting and has been locked in an apartment for the last one week.

Rawalpindi Express has informed fans about its surgery on its 47th birthday. He posted a video on his YouTube channel, in which he said that after the surgery, he is now feeling good and is slowly recovering. Akhtar showed his left knee and said that he has a very big cut on this knee. He said that heels have been inserted inside his knee and now he is feeling much better than before.

The former Pakistani bowler said 'I will recover from this in 8 to 12 weeks, but now I am able to walk and move around. However, I am not in a position to meet now. Thank you all so much for your birthday wishes and your prayers. I am on recovery mode and your prayers are advancing me. 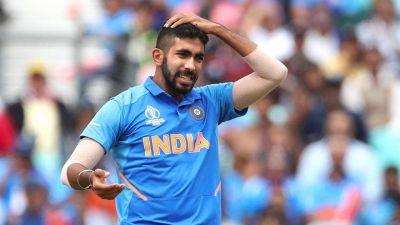