What to say about the fandom of Bahubali actor Prabhas. The actor's last 2 movies may have failed at the box office, but the hopes of his fans are not over. He is still waiting for the next movie of his favorite actress. Waiting is also such that he is desperate to get the update of the movie.

Prabhas fan threatens: Look at one such crazy fan of Prabhas, who is sad about not getting updates about the actor's upcoming movie 'Salar' for a long time. The extent was reached when the suicide letter of the fan came to the fore. This fan is angry with the makers of Salar, who have not shared any update regarding the movie for a long time. This Jabra fan of Prabhas has written a suicide letter which has started going viral. He threatened the makers that if no update was given about Salar soon, he could take his own life.

What was written in the letter?: Fan wrote – We are very sad and disappointed because similar happened during the old films of Saaho and Radheshyam and Prabhas. If we don't get any update on Salar in this month then I will definitely commit suicide. We want 'Salar's update. In the letter, the fan told that director Prashant Neel had said that he would soon update about Salar but it has been more than 1 month. But no update has been given yet. This letter shows how alert the fans are about the updates related to Prabhas's film. 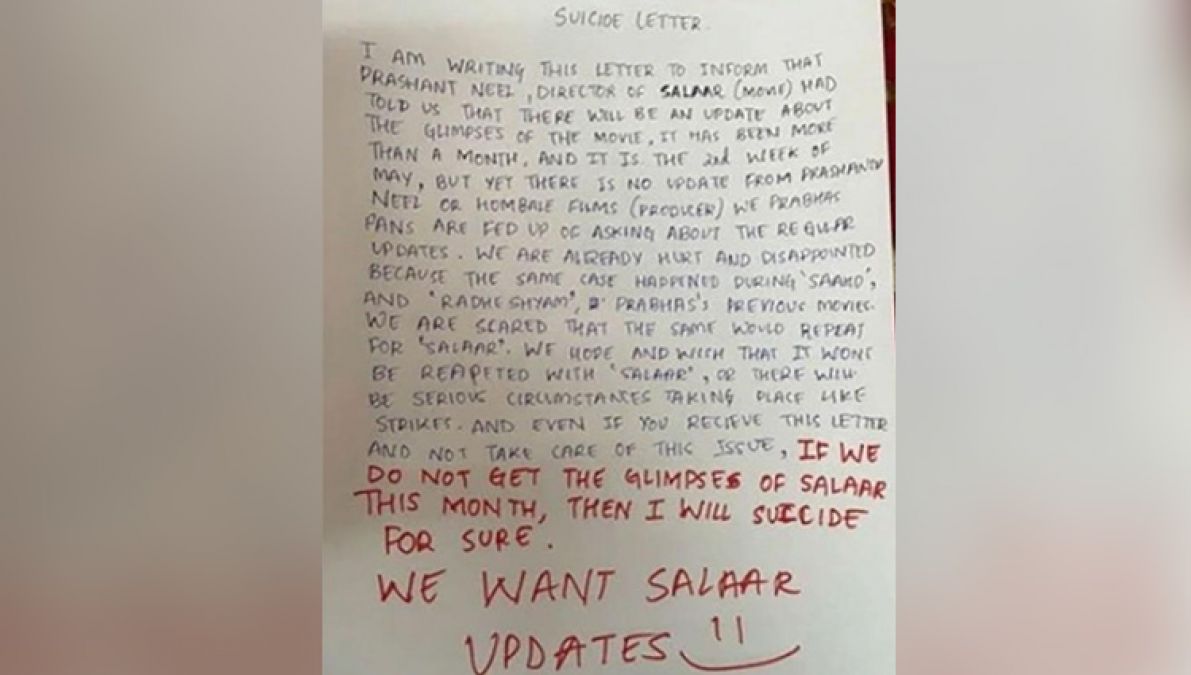 Talking about the film 'Salar', this movie is going to be the most violent movie of Prabhas's career. It is written and directed by Prashanth Neel. Stars like Shruti Haasan, Disha Patani, Jagapathi Babu are going to appear in the movie along with Prabhas. This film can be completed by 2022. It will be released in cinemas in the year 2023.