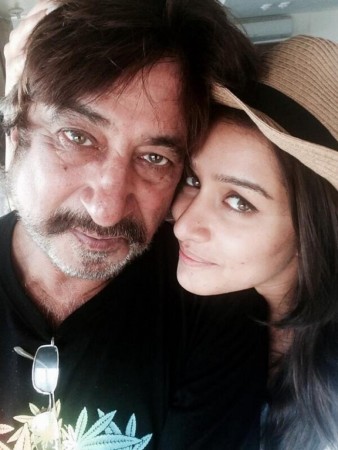 Bollywood actress Shraddha Kapoor is celebrating her 34th birthday today. Shraddha is celebrating her grand birthday with her family. The actress is currently in the Maldives to attend the wedding ceremony of her cousin Priyank Sharma. Priyank is the son of Shraddha's aunt and actress Padmini Kolhapure. Recently, the Street Dancer 3D actress shared her video from a beautiful location in the Maldives on social media which fans are very fond of.

At the same time, father Shakti Kapoor praised the daughter Shraddha very much, she said, "Shraddha has a golden heart and I am very happy when I see her so successful. Even today, she listens to me and seeks opinions from me in all the major decisions of her life. I am blessed." He was asked what gift he would give to his beloved daughter? Shakti Kapoor said, 'Shraddha wants me to quit smoking. And that would be a big gift for her.' In an interview, the actor Shakti Kapoor told that he wants to see his children settled but these days the children take their own decisions.

Shraddha Kapoor, who made her Bollywood debut with Teen Patti, has worked in many hit movies. His work in Aashiqui 2 was highly praised. The actress Shraddha Kapoor's Next Movie will be a series of three films, which will be supported by Nikhil Dwivedi. Sharing this information on Twitter, Shraddha wrote, "It is a great pleasure to play the role of 'Naagin' on screen. I have grown up watching Sridevi in 'Nagina' and 'Nigahein', appreciating her, and always wanted to play a similar character which is rooted in Indian folklore."