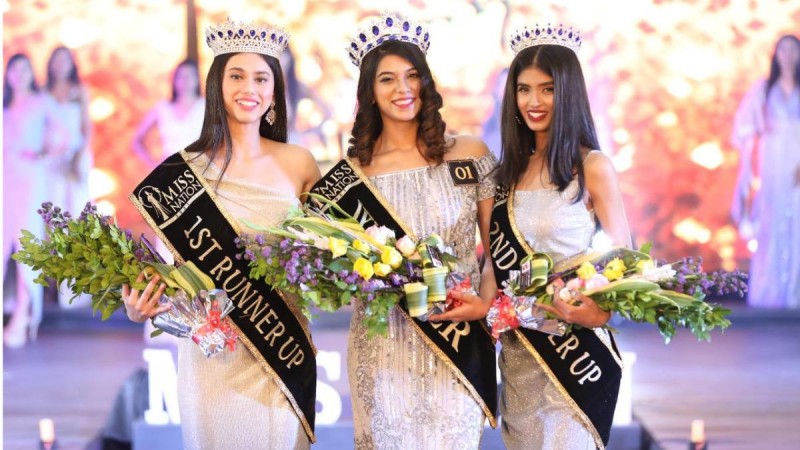 Born and brought up in Mumbai, Shreya Verma, a 21-year-old upcoming actress, entrepreneur and model was announced the winner of Miss Nation 2021 on 11th of November. Shreya wishes to work towards the education in India and use the power of her voice on this platform to inspire everyone around her.

The programme was organized in support of Rashtra Sant Tukadoji Regional Cancer Hospital. Dinesh and Deepali Mishra had organized the event in collaboration with the Rotary Club of Nagpur North with great success.

14 contestants were selected by the jury. A Cricket competition was held with Rotary North. The contestants enchanted everyone by displaying the costumes of different states. One of in which Shreya wore her national costume designed by Neeta Lahrani. The outfit portrayed the pride of our nation India by keeping the golden stencil of the map on a beautiful teal turban. The top was the National Flower, Lotus accompanied with a dazzling peacock feather neckpiece and a cowl skirt. The cape depicted the different textiles from different states of India.

In the second and third round, cocktail dresses and evening gowns were worn by contestants which were designed by students of IDS Fashion Institute. Dinesh and Deepali Mishra with the jury members honored the winning contestants with their crowns and gift hampers.

Out of fear, this actress hanged herself, police investigating

These artists, including Mahesh Babu, wished Christmas in unique way