"Shruti Das feeds her nephew at a rice ceremony; asks why women can't do it" Shruti Das, who rose to fame after acting as the female lead in the film 'Trinayani,' is not afraid to speak her mind. The actress recently attended her nephew's rice ceremony and had a great time. She also fed the infant boy. During the rice ceremony, the newborn is generally fed by the maternal uncle or grandpa, according to the custom. The actress questioned why women can't nurse a baby when moms or aunts are more likely to do it than males.

Fans, her co-stars, and industry peers all praised Shruti's viewpoint. Shruti has never been shy about expressing her thoughts or concerns. Shruti boldly confronted everything, including racism based on skin colour, body shaming, and trolls. 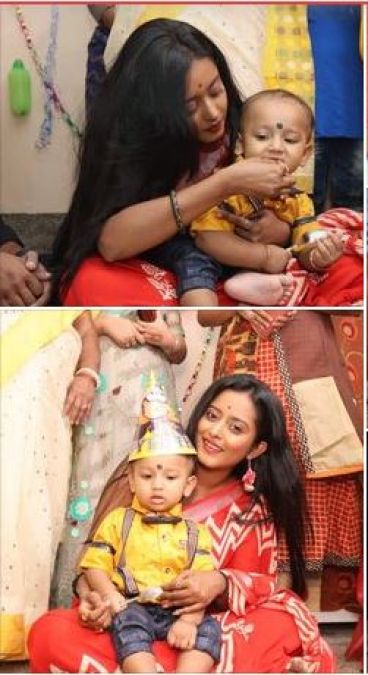 The girl from Katwa, Burdwan, filed legal action in response to internet harassment. A group of internet users targeted the actress. She was allegedly abused as a result of her skin colour. Many people admired Shruti's bold move. Several musicians, industry colleagues, and fans came out to show their support for her.

Following the success of Trinayani, Shruti landed the main part in 'Desher Maati,' a film with a great cast. In the programme, she was matched with Bibyojyoti Dutta. The show featured Rahul Banerjee, Rooqma Ray, Payel De, Tathagata Mukherjee, and others in prominent roles.

Senior journalist from NDTV died of a heart attack