Salman Khan, who is known as the Bhaijaan of Bollywood, is busy these days with his upcoming movie 'Kabhi Eid Kabhi Diwali'. Reports say that Salman is busy shooting for the movie in Hyderabad with Pooja Hegde. Reports say that  along with Salman, the movie will also feature Shehnaz Gill, Siddharth Nigam, Raghav Juyal, Palak Tiwari and South star Venkatesh. Recently, Siddharth Nigam has shared a photo with Salman, which is being seen a lot. 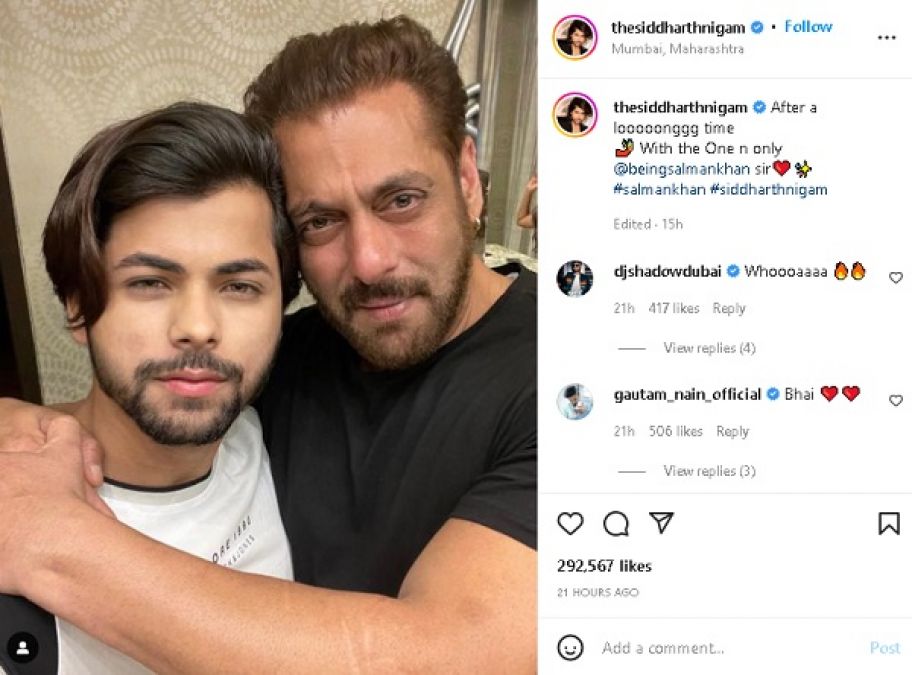 According to reports, South superstar Ram Charan may also be seen in 'Kabhi Eid Kabhi Diwali'. It is being told that Ram Charan will be seen doing a cameo in a song with Salman Khan. The song is being shot on a very large scale. Farhad Samji is directing this movie. The film is scheduled to release on christmas eve in the year  2022.