Simma Dhaliwal: Raring to reach the top of the music world as a producer 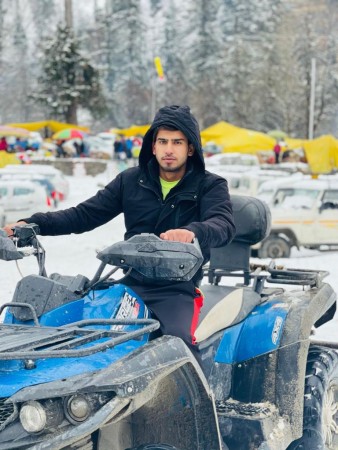 He is currently on a UK tour with some amazing artists, helping them get to the next level of success. There are a few individuals who make sure to attain success first in whatever they set their minds on, whereas some others believe in attaining excellence before they go to clinch success. To be a part of the latter category is no rosy road, and the ones who choose to do that know they need to go under the grind, challenge themselves, and incessantly work towards attaining their desired goals and visions in life. Especially when it comes to industries like music, which already overflows with tons of established names, the task to make it huge can get even more intimidating. However, a few rare gems have proved their mettle and how. One rising name among them is Harsimran Singh Dhaliwal, aka Simma Dhaliwal, who has stunned people with his extensive knowledge and astute sense as a producer in the Punjabi music industry.

Entering the music scene helped the 20-year-old young talent from Firozpur make it huge across the country as a technically sound and tremendously talented producer. He takes musical artists to greater success levels with his skills in artists management and promotions and distributes their music all over the world.

Right now, Simma Dhaliwal is in London, the UK, on tour with the artists whose work he manages like @aamberdhaliwall, @aveera.singh.masson and @aneetkchohan. His efforts towards their success and his commitment to helping them distribute their music worldwide have earned him massive momentum and success himself. He has taken them on the UK tour, promoting them and their work and raised the bar for others in the industry. To know more, follow him on Instagram @isimmadhaliwal. TV's 'Shri Krishna' once used to work in a call centre Pakhi arrives at mandap with long veil for Virat