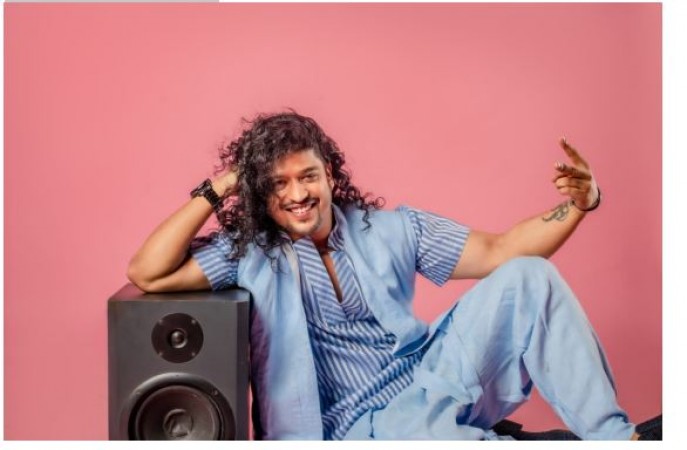 Mumbai: After giving multiple hits, Singer-Composer Prateek Gandhi is all set to charm his audience with yet another Rajasthani groovy and peppy number 'Naina Ri Patang'.

Naina Ri Patang has a powerful musical energy giving out an ecstatic feeling to the listeners. Significantly, it's the lyrics that make the song so relatable for the wider youth. We all have someone we want to be with, or already are with. The music video takes us through a cute journey after a guy is reeled in by love at first sight. Set in a small town, we can experience the chase and the emotion firsthand as he sings to her in awe, all the while being a stranger to her. This song revolves around Makar Sankranti, the festival that brought them together.

Talking about his first release under the new label, Prateek says, "This is my very first song with Machaao music after signing up with Machaao talents. When I wrote this a year back I was having some visuals in my head and trust me, we shot precisely the same way. Shooting in Ahmedabad was total fun as we all lived and worked like a family, it's not just being associated with a label.
I’m so happy with this and too excited for audience review because I juiced up the Rajasthani language with Hindi and the music part hits differently as it’s fused indie pop."

This kaleidoscopic song is sung, written and produced by Prateek Gandhi. The music video was curatively shot in the exotic locations of Rajasthan, Directed by Kunal Uday Karwade and features famed celebrity duo Sidhika Sharma and Ashish Drall, The music video got released worldwide by Machaao Music.

An independent artist, who's responsible for making Rajasthani music a massive hit with his twist of pop in every song he makes like his recent releases Pachrangi Leheriyo and Saans Re Dhaage. He previously made the whole 4min 'Mauka - More than a Game' used in a short documentary film about T20 World Cup India-Pak. Being a Wynk Artist, he released 45 songs in a year with 45 million streams and 3 lakh plus caller tunes. Between 2020 to 2022, he released a series of hit songs like Ankahi baatein, Mashhoor banegi, Raat jaage, Ishq ho jayega, Ruhani and many more. Freshly, his song Main Roiyaan' marks his first release with Viacom 18 & MTV India's label and platform KaanPhod and their new series 'Mic Test'

His Rajasthani folk album ‘Jogan Piya’ is a homage to his state and speaks of his longing for Banswara, his hometown. The album contains four sincere songs ‘Mharo des’, ‘Neend Nahi Aave’, ‘Thare Siwa’ and ‘Piya Ko Milan’ that are unquestionable hits to his fanbase.

About Prateek Gandhi:
Before pursuing music, Prateek was drawn towards Arts and Commerce. After completing his schooling at New Look Senior Secondary School in 2008 where he was a topper in 12th Grade, he graduated from Prestige Institute of Management and Research, Indore in 2011. He took a break for a year before he opted for finding a bigger canvas and he decided to shift base to Mumbai in 2012 where he completed his diploma in Sound Engineering and Music Production from SAE Institute.