After the success of the superhit film 'Bahubali', Indian filmmakers are constantly announcing big-budget movies based on historical stories. Now another movie has been added to this list, which will launch the story of Sita on the big screen. The name of this movie is 'Sita: The incarnation', which will be written by KV Vijayendra Prasad, the writer of the Bahubali series. Manoj Muntashir is also associated with this movie along with KV Vijayendra Prasad, who will write its dialogues and songs. The makers announced the big-budget movie by releasing the poster of Sita.

It has been revealed with the poster of this film 'Sita- The incarnation' that it will be directed by Alaukik Desai. The makers will release the movie in Hindi, Tamil, Telugu, Malayalam, Kannada languages. Sharing the poster, the film's dialogue writer Manoj Muntashir wrote in the tweet, 'Beautiful with imagination and powerful since time. The consciousness of Lord Shri Ram, the untold story of Mother Sita, on the big screen for the first time' with the announcement of the movie The makers have not revealed which of the stars will be seen in the lead roles.

Also, from the level at which the film has been announced, it is clear that the producers will sign big stars of Hindi and South Indian world, whose names will be revealed soon. These days, many films based on 'Ramayana' are being made. Many makers, from South Film World to Bollywood Film World, are preparing to launch this theme in their own style. Prabhas's 'Adipurush', Hrithik-Deepika's 'Ramayan', and Akshay Kumar's 'Ram Sethu' are prominent among the films being made on the Ramayana. 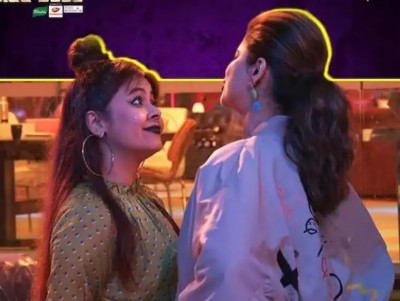