New Delhi: There was a wave of outrage and criticism against the government on social media over the reconstruction of Jallianwala Bagh in Amritsar city of Punjab. Now former Congress President Rahul Gandhi has also responded by attacking the Centre on the issue. In a tweet, he wrote, "Such an insult to the martyrs of Jallianwala Bagh can only be done by those who do not know the meaning of martyrdom. I am the son of a martyr- I will not tolerate the humiliation of martyrs at any cost. We are against this indecent cruelty.''

In fact, Jallianwala Bagh, known as a dark chapter recorded in the history of India, has been rebuilt. Tell you that Jallianwala Bagh has been opened after about a year and a half with a new look. It was virtually inaugurated by PM Narendra Modi on the evening of August 28. According to the information received, 20 crores have been spent on this renovation and Jallianwala Bagh has been revamped. While Rahul Gandhi's tweet has evoked mixed reactions from social media users, some criticizing Rahul and others supporting him. 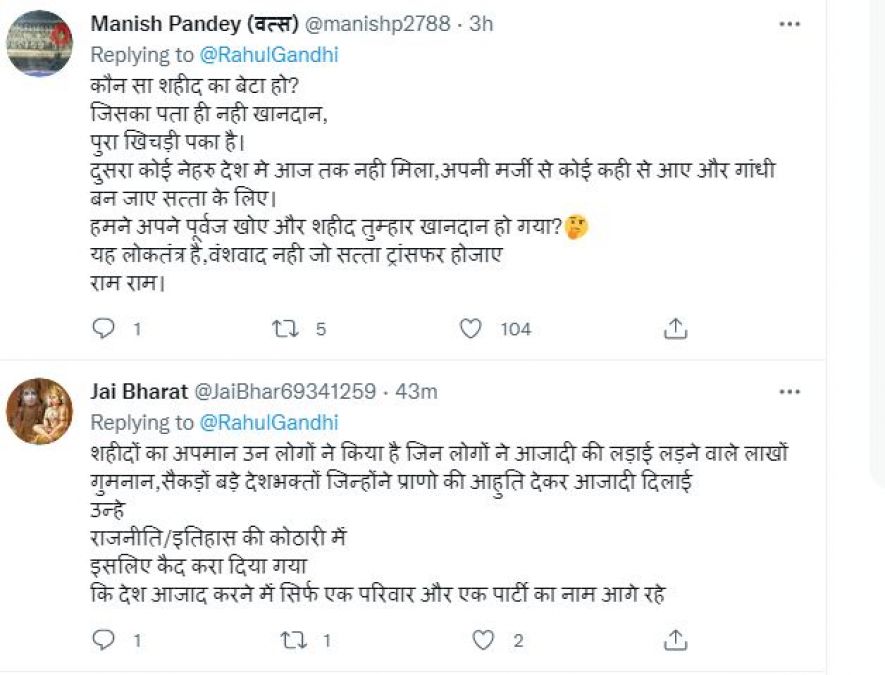 A user named Bittu Bhargava commented on it saying, 'Rahul has become the enemy of the people for his lust for power. In Kerala from where Rahul Gandhi is an MP, the corona has become uncontrollable. But Rahul Gandhi did not say a word! And Rahul Gandhi, a descendant of dirty politics, was making a lot of noise about UP.'

Another user named Dhananjay Tiwari wrote in the comment, "Do you know what martyrs call?" Martyrs are those who die fighting for the country. Those who die in an accident are not called martyrs. I have full sympathy for your father who was murdered. But I have not yet understood why your mother forgave their killers.