New Delhi: Indian Farmers Union (BKU) spokesperson Rakesh Tikait had on Wednesday (December 1, 2021) accused a Republic TV journalist of misbehaving and physically touching her. Thereafter, there was a lot of criticism of Tikait. Congress leader Udit Raj has now reacted by sharing a video of the same on Twitter.

The Congress leader wrote, "In a way to weaken the farmer's movement, R Bharat TV sent a girl journalist to trap Rakesh Tikait. The girl wrongly touched Tikait. If Tikait had accidentally touched it, it would have been FIR and the movement would have been weak. What would such a girl say to the journalist? Udit Raj has been surrounded by social media users over the tweet and questioned his mindset. Rajesh Mishra, a user, wrote, "Tikait and you are just as beautiful as Cupid in India which the female journalist touched incorrectly. How mentally wrong are you who are making a disgusting accusation against a woman for politics? 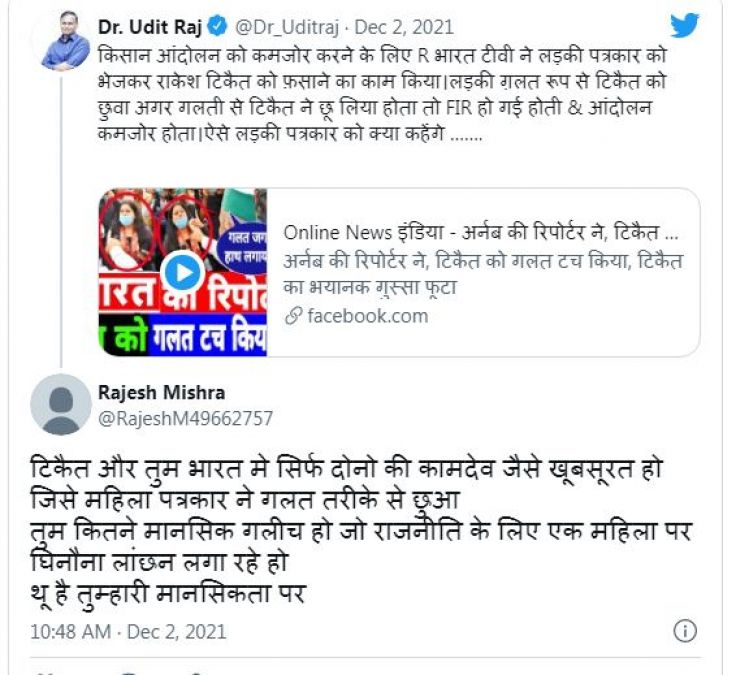 Another user wrote, 'I have not seen a shameless person like you. Pankaj Sharma wrote, 'Respect women. If you yourself were not there, why are you accusing someone? Another user wrote, 'Bhai saheb, speak with some thought. What are you saying, all the people are reading and listening. Rahul Gandhiji, because of such leaders, the Congress is coming out of the eyes of the general public. Show them the way out. ' 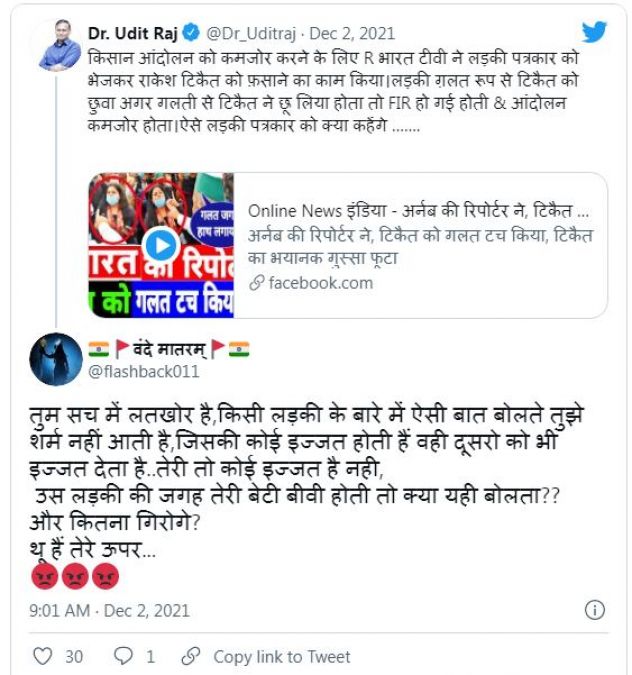 What was the matter:-

Rakesh Tikait had spoken to a female journalist of Republic India News Channel on Wednesday. Tikait said, 'I don't have to answer R Bharat. You need to improve. Tikait further asked them to make videos of them. They come here and misbehave. When the woman journalist continued to question her even in the midst of the uproar, Rakesh Tikait shouted at the woman journalist, 'Make a video of it. It's misbehaving with me. Call the police, this girl misbehaves, touches me. '