Many users have praised and commented on Kareena's video, while some have criticized her for her religious beliefs. 'It is a sin to practise yoga in a Muslim,' one person remarked. If you open up, a cleric will take away the fatwa.' 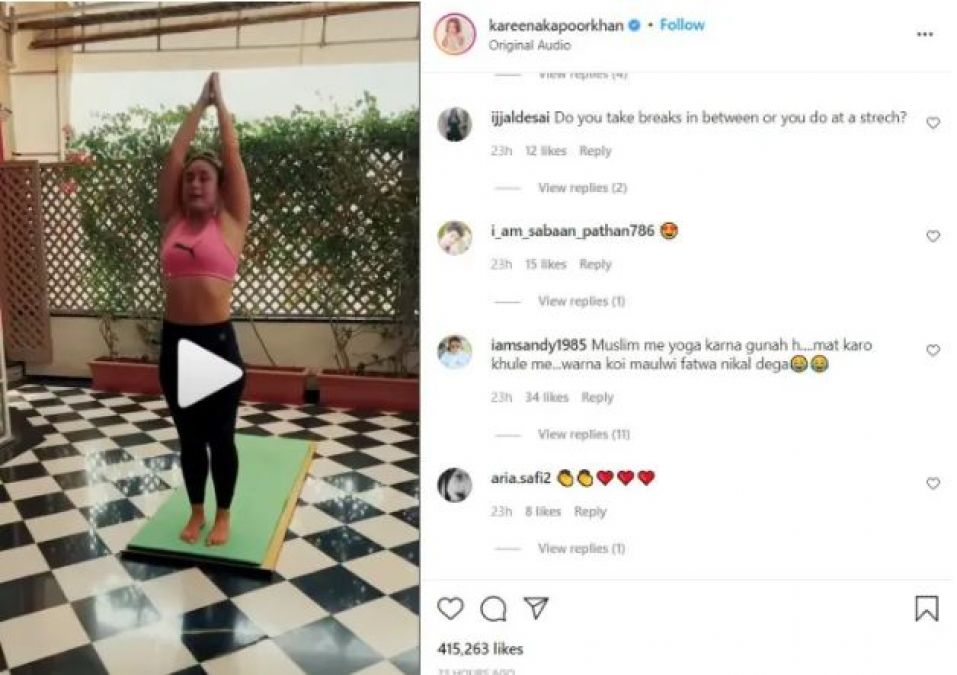 Some noticed a flaw in their Surya Namaskar, while someone questioned the sun namaskar 108 times. On the other hand, some passengers are trolling them and instructing them not to do surya namaskar. One user wrote, 'Brother, now the fatwa will be issued for this. One wrote, 'Muslims pray five times a day. We don't have to do all this. ' 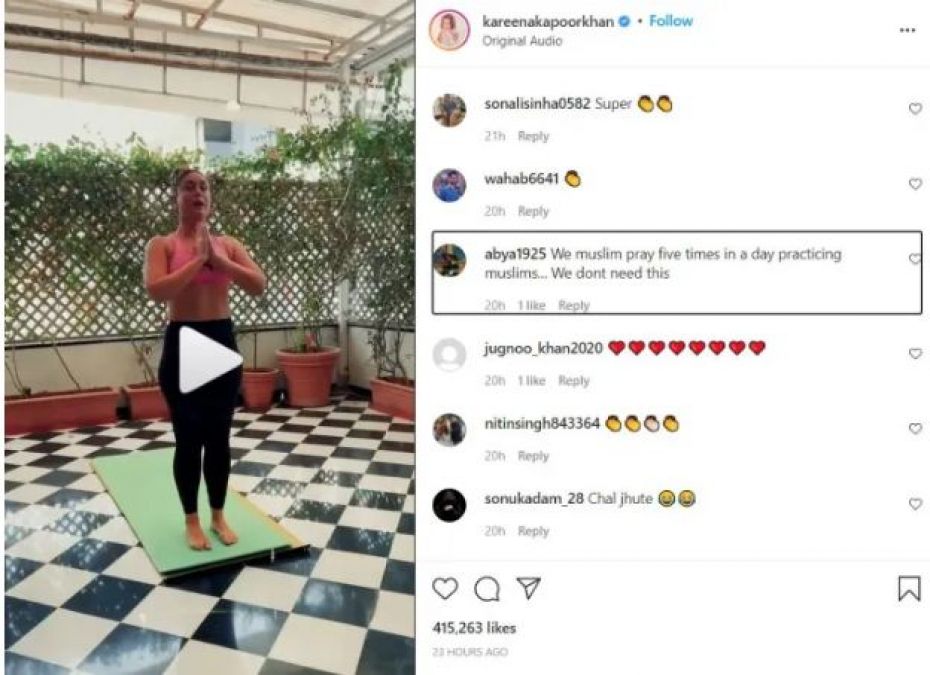 Kareena has also posted a photo of hers in a yoga pose on Instagram. In the caption of the photo, the actress wrote, 'Never felt so much better. ' 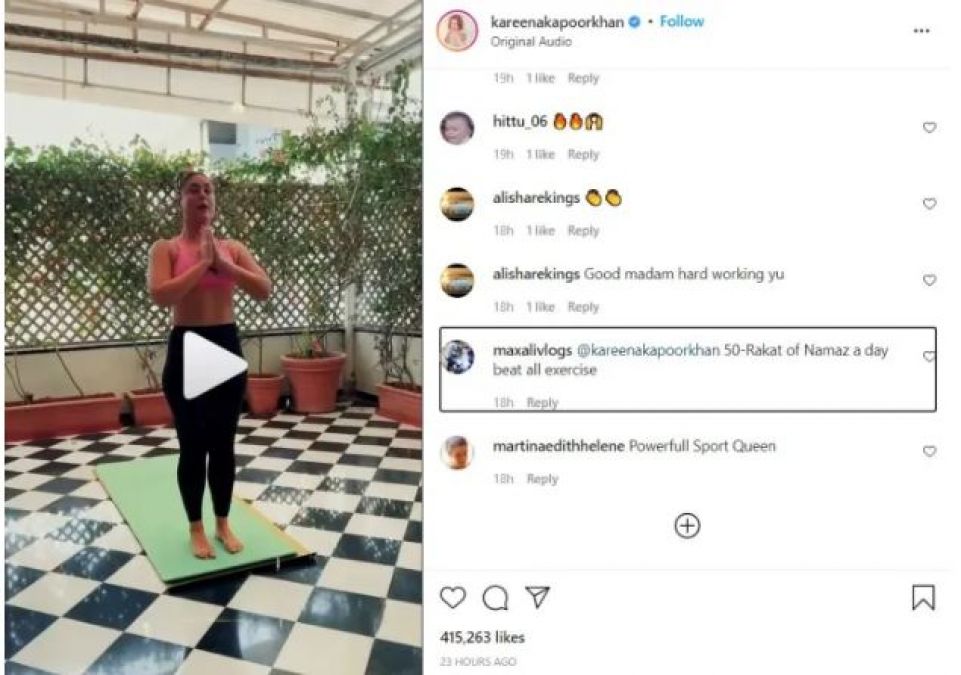 When it comes to her workfront, Kareena will next be seen with Aamir Khan in Advait Chandan's 'Lal Singh Chadha'.