New Delhi: Congress Party National General Secretary Priyanka Gandhi Vadra is keeping Navratri fast this time. This information came to the media quoting the Congress party on Thursday (October 7, 2021). ABP News editor Pankaj Jha said on Twitter that the Congress party has reported that Priyanka Gandhi is fasting for Navratri. A user commented on Pankaj Jha's Twitter saying, "The day when Congress cut the helpless cow in Kerala was only because they had to oppose the BJP was the last day that I supported congress.''

Priyanka Gandhi Vadra herself has wished Navratri on her Twitter handle. Priyanka wrote on her Twitter handle, 'Ya Devi Sarvabhuteshu Shaktiroopen Sanstha. Namastashyaye, Namastashyaye, Namastashyaye Namo Namah. Best wishes to all of you on Shardiya Navratri. #Jai_Mata_Di.' People have been commenting on Priyanka's tweet, some users are supporting Priyanka while others are also targeting the Congress General Secretary. Prem Kumar Saraf commented, "Now she too has to resort to Hindus. The cat ate 100 rats and went to Haj. It's a good joke.'' 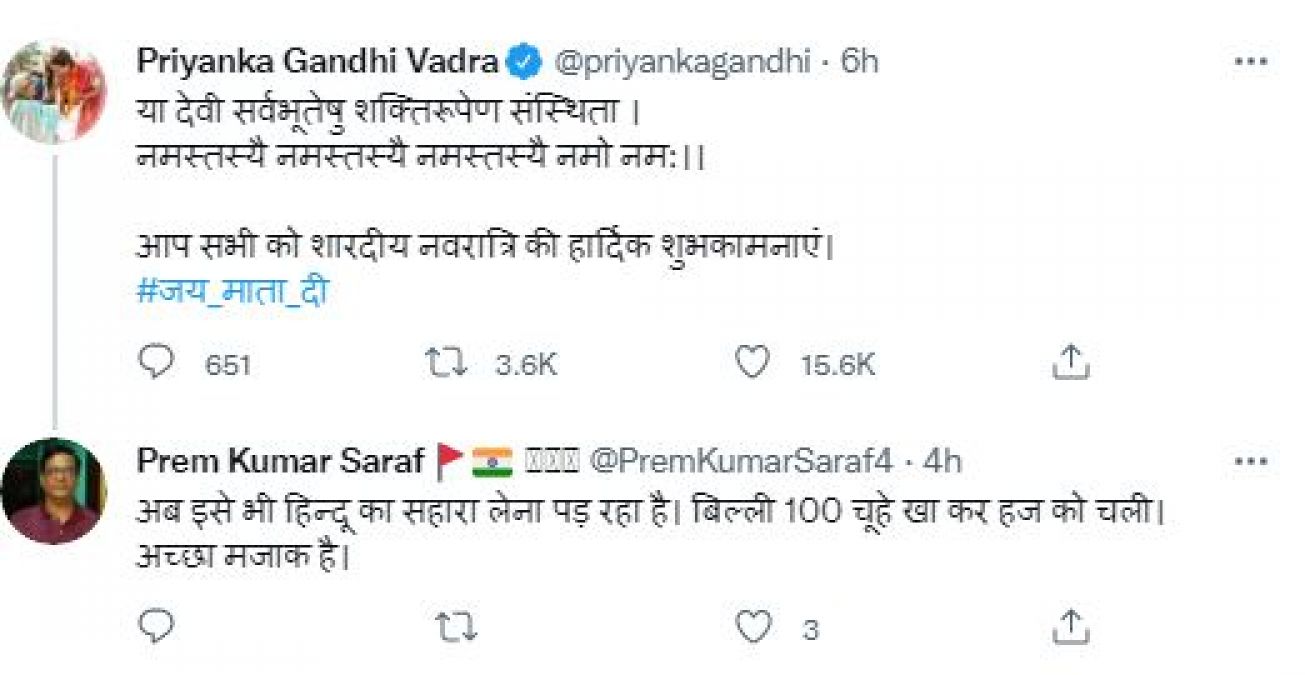 Commenting a user named SK Sharma, said, 'Mother's sons are being killed daily in Kashmir. When will they know when they will be compensated. When will Rahul go there? Or there's your other agenda at work. Congress is going to the trough only because of selective politics. In the pursuit of pleasing one class, ignoring the other class is a downfall.' Anand Singh has also questioned Priyanka Gandhi saying, 'Priyanka Ji, today in a school in Kashmir, a woman and a male teacher were shot by terrorists because they were Hindus. Will you go to Kashmir?'