Sooraj Pancholi's Satellite Shankar first look posters are out, check them out here Sooraj Pancholi's upcoming film 'Satellite Shankar' posters are out now and it looks promising. The actor shared the posters of the film via Twitter on Tuesday.

Sooraj took to Twitter and shared the posters of the film which looks promising. Sharing the first poster Sooraj wrote, “Here’s a Glimpse of the beginning of an extraordinary journey!!#SatelliteShankar releasing 5th July 2019.” 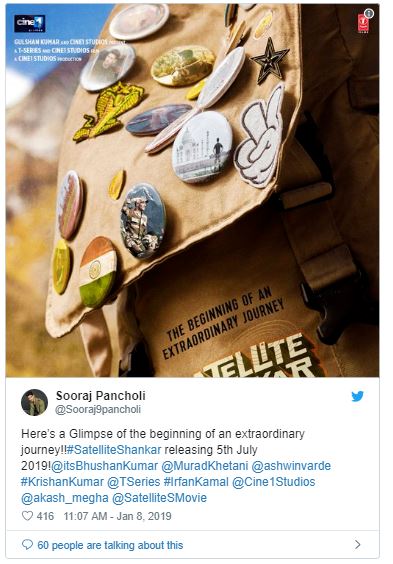 While sharing the second poster of the film, he wrote, "Life is a journey with one perfect end... Satellite on, tension gone!! Connecting you all with #SatelliteShankar from 5th July 2019! 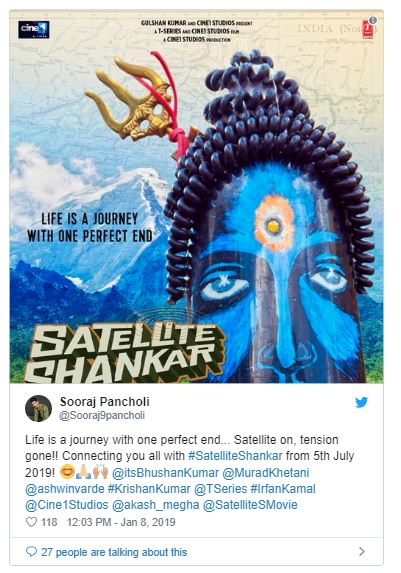 He captioned the third poster as Not just a hero on the battlefield! Feeling proud and blessed presenting you the official poster of #SatelliteShankar Releasing 5th July 2019! 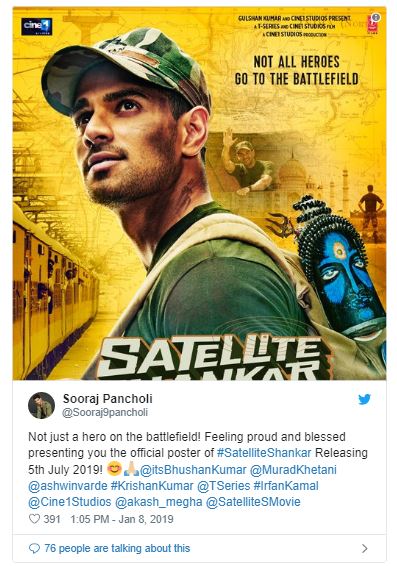 The film is produced by Bhushan Kumar, Murad Khetani, Krishan Kumar and Ashwin Varde and features Suraj in the role of a soldier. 'Satellite Shankar' has been shot across ten different states and is Sooraj's second film after 'Hero'. The film will mark the Bollywood debut of Megha Akash and will have her paired with Sooraj.  It is slated to hit the screens on July 5, 2019.