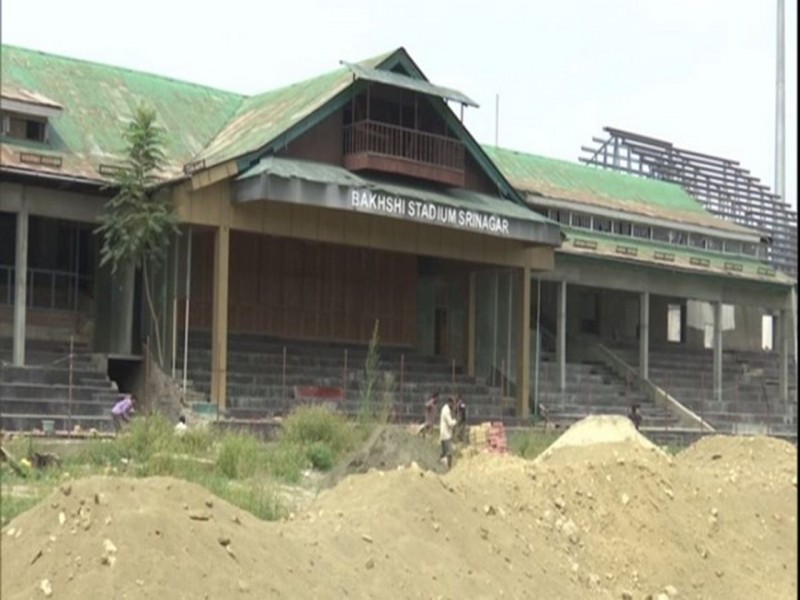 The centuries-old Bakshi Stadium in Srinagar is expected to host national and international football events soon. The stadium is going to be built on the norms of FIFA. The Government of India is doing it very keenly, and are involving the youth here in sports so that the talent here also improves and facilities are also available.

Interestingly, Kashmir is known for its football craze and this game has always been a favorite sport of the Kashmiri people for ages. Now, this world-class one of the best football stadiums in the country is planned to promote football in Kashmir. The National Projects Construction Corporation has taken the work of building this stadium at Bakshi Stadium in Srinagar into their hands. This project is worth around 44 crores and funding is provided by the Ministry of Youth Services and Sport, Government of India. The stadium is being constructed according to the norms of FIFA. Engineer JK Sports Council, Farooq Ahmed “The capacity of the ground is 18 thousand which is not in any stadium in the whole of India and it is approved with natural grass turf.  I used to come as a spectator to this stadium in my childhood, there were no facilities at that time. We used to come to see football, if this facility is available now Inshallah, in a couple of months we will inaugurate it as the pace of work is fast now."

This initiative will help youth here, they will get a boost so that we can also compete at the international level. The government of India is making all efforts to promote sports in Jammu and Kashmir for the last two years and not only football but many sports are being started in Kashmir and for this infrastructure is provided to youth.  Schemes like Pradhan Mantri Vikas Pariyojana, Khelo India, J&K Infrastructure Development Project, and J&K Sports Council.

The main objective is to involve the youth of Jammu and Kashmir in sports so that they can be kept away from bad habits. Nuzahat Gul Secretary Jammu and Kashmir Sports Council said, “it is an effort of the Government of India and the local government to involve more and more youths in sports. One is a sportsperson his attitude towards life is different. They stay fit, stays away from the social evils. The construction of the stadium will be helpful for hosting tournaments of the national-international football Premier League and will be completed and inaugurated in the next few months.

J&K: Encounter between security forces and militants in Budgam, one terrorist killed!

Sonu Sood went to slipper seller and asked for a discount, know what was the answer?