Sriti Jha is a famous actress on Television who has been part of shows like Balilka Vadhu and Jyoti. She essayed Pragya in Kumkum Bhagya for seven years.

So it stands to reason that Sriti would have taken part in some reality TV as well. However, Khatron Ke Khiladi is in actuality the actress's debut reality show. She picked it up for a reason, too. Before the show started, Sriti told us in a chat, "I'm hoping that this reality show will help with my personal growth."

When asked why she was acting in a reality show for the first time, she stated: "As a viewer, I find reality television to be very interesting. But it's extremely challenging to get on a reality show. I'm now extremely anxious about the KKK. When it comes to a reality show, there is no way to filter it. All of my emotions—fear, anger, and happiness—will be displayed on the screen!"

So is she looking to change her image with this show in order to improve her chances of becoming an actor? I don't know how much appearing on a reality show will benefit my career, but I am hoping that it will lead to some sort of personal development, the actress said.

Meanwhile, Sriti's performance on the action reality show stunned everyone. She has demonstrated her potential by performing daredevil stunts in the water and other extreme situations. In today's episode, she will demonstrate some fiery moves while dancing and holding a rod lit by fire. She previously balanced herself while walking on a rope. 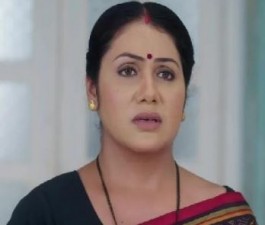